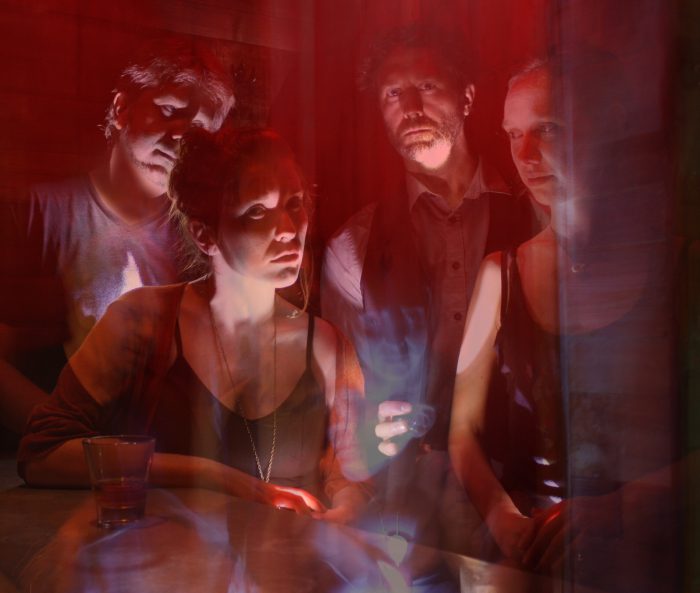 The cast of “Ghost Quartet” at the Erikson Theatre. Photo by Ryan Jensen

Moody ghost stories are a popular fixture in art…even the most chicken hearted of us enjoy getting a LITTLE bit scared on a dark & stormy night, sitting cozily as we sip our cocoa or whiskey or whiskey topped cocoa. A tale of unrequited longing involving spirits haunting the hallways and moors of our imagination…delish!

So, it’s not surprising I was intrigued by the idea of GHOST QUARTET: A SONG CYCLE ABOUT LOVE, DEATH, AND WHISKEY a chamber theater piece brought to Capitol Hill’s Erickson Theatre by Seattle Theatre Group. It’s a creation of Dave Malloy, composer of  “Natasha, Pierre & The Great Comet of 1812” the acclaimed Off Broadway, then Broadway musical adaptation of one part of Tolstoi’s “War & Peace” with “Comet” co-stars Brittain Ashford and Gelsey Bell and cellist Brent Arnold with designer Christopher Bowser and director Annie Tippe.

“Ghost Quartet” is a mostly sung through “concept album” divided into four “sides” (like sides of a music album) about four different but interrelated ghost tales that ultimately unite to form one over arcing story. There’s a tale suggested by Poe’s “Fall of the House of Usher” interwoven with a classic “ghostly sister’s” story and the tree house astronomer who comes between them (there’s also an evil bear involved), not to mention a creepy modern murder that involves a photographer and someone pushed in front of a subway train; and finally, there’s the ghost of Thelonious Monk, the jazz pianist who seems to be stuck in purgatory.

They also serve the audience a shot of whiskey during the show.

Though, to be honest, it’s very hard to keep track of the complicated plot and while I was actually watching this work, I just focused on the mood and the music. Mind you, I admire the plotting here and the depth of story telling, but it’s impossible to keep track of and sort out via one viewing/listening. (If you want to actually KNOW the complicated plot and how it all relates, you should go check out the Wikipedia page on the project). Fortunately, Mr. Malloy has written some lovely music here; it’s a very entertaining piece from a musical standpoint with songs that alternate between clever and amusing (my favorite: a song that’s a love letter to 4 different brands of whiskey) and clever and haunting. The moody music is enhanced by the design, both lighting and scenic, by Christopher Bowser, and the dryly evocative haunted quality established by Annie Tippe’s direction. There’s also an extensive use of the audience in this production; much of the seating is VERY close to the actor/performers who bring out various percussion instruments for audience members to use as accompaniment to the songs performed by the cast. It’s an intimate, chamber piece which adds to the charm and intimacy of the story and this work.

You do need to be advised that there is a 20 minute stretch of the show (Side 3, so about 3/4 into the one act/90 minute evening) where it’s pretty much a total blackout meaning NO lights at all for long stretches of time with brief flashes of dim light on characters at certain moments in the piece. It does create a creepy, dark vibe but the problem with a “blackout” is the fact that as an audience member you sort of check out of the mood and only worry ABOUT the darkness: “What if there is a fire or emergency and we have to quickly get out of here?!?!?!” is all I could really think about. Also: is it legal to have it THAT dark in a public theater space (for that very reason: an emergency)? It does create an appropriate mood but at the cost of most/some of the audience not paying attention to the actual story being told.

The quartet of performers are talented musicians with the two men, Mr. Malloy and Brent Arnold mostly relegated to playing instruments and singing (which they do very well) while the two women, Brittain Ashford and Gelsey Bell not only sing (beautifully) and play numerous instruments, but they also shoulder much of the storytelling and acting involved and both are are very good.

I very much liked this “warped fairy tale” and my only major faults with the piece is that long black out (shorter or a tad more light or just have exits marked…) and the actual storytelling could be clearer. But, overall, this moody “Ghost Quartet” is an arty evening of haunted love and smoky whiskey.

GHOST QUARTET is a haunted song cycle about love, death and whisky. A camera breaks and four friends drink, in four interwoven narratives spanning seven centuries: a warped fairy tale about two sisters, a treehouse astronomer and a lazy evil bear; a retelling of Poe’s “The Fall of the House of Usher”; a purgatorial intermezzo about Scheherazade; and a contemporary fable about a subway murder. Murder ballads, doo-wop, jazz noise, and raucous campfire drinking songs collide in this surreal chamber musical from Dave Malloy, composer of Natasha, Pierre & The Great Comet of 1812. Featuring Comet stars Brittain Ashford and Gelsey Bell, cellist Brent Arnold, designer Christopher Bowser and director Annie Tippe.

A video from the show: 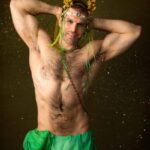 Previous: Dance With The Green Fairy At “Bohemia” 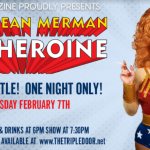 Next: Reminders: The One/The Only VARLA JEAN MERMAN Is Coming To Triple Door