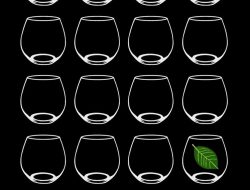 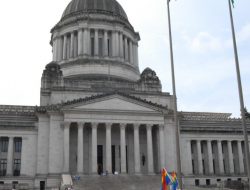 ArtsWest Playhouse made a big surprise announcement last week…they’ve decided to pull their announced season ending production of the Kander/Ebb musical KISS OF THE SPIDER WOMAN (they don’t say why but I’m guessing maybe resources? It’s a big show and potentially a budget buster but that’s my own guess there…) scheduled for June of this year.

INSTEAD they are doing TWO smaller shows in repertory, both of them essentially solo showcases for their stars…get ready for ArtsWest’s season ending duo production of: HEDWIG & THE ANGRY INCH and LADY DAY AT EMERSON’S BAR AND GRILL!

I know there are “Hedwig” fans squealing right now. The cult musical about a transgender East German rock and roller is VERY popular with LGBTQ audiences and has had several big productions in Seattle over the years including its original productions at Re-bar with Nick Garrison and then a big showy revival at The Moore Theatre a couple years back with local drag superstar Jinkx Monsoon.

Here’s the poo we got from ArtsWest about these two new shows…we’re a bit sad about the loss of Kiss of the Spider Woman (another show with queer themes) but excited to see what ArtsWest can do with both these powerful works.