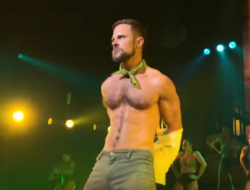 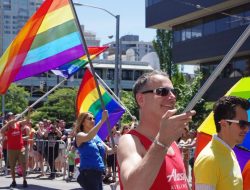 Pop singer-songwriter BETTY WHO cements a new chapter of her career with the release of her highly-anticipated independent EP Betty Pt. 1, out everywhere NOW via AWAL Recordings. The EP is the first in a series of her conceptual new music rollout. A second EP will be released in the fall and a full-length album next year. Fans will be treated to two new songs from the EP, in addition to previously released songs “Taste,” “Look Back” and “Ignore Me.”

“This is be my first EP in five years so there is definitely an air of returning to my humble beginnings, but this EP mostly feels like a re-introduction, not just to my fans but in a lot of ways for myself. A lot has changed in a year for me so I felt like it was time to start fresh and see what could come out,” Betty explains. “Every song on this EP is so different from the last – they each have their own very distinctive story to tell, and each represent a part of my personality that I don’t think I’ve sufficiently explored creatively. For the first time in a long time, I’m not thinking about how each song flows together, I’m not worried about what people will think… I just wanted to push myself and find the songs and sounds that I’ve always wanted to put out but never had the guts to.”

Betty’s vocals are also featured on the remake of Netflix’s Queer Eye “All Things” second season opener, complete with a musical video extravaganza featuring the Fab Five – watch HERE.
Fresh off her European/UK tour prior to the EP release, Betty will next take her dynamic live show throughout the U.S. in June with performances at various Pride and music festivals, such as Firefly and Electric Forest.
BETTY PT. 1 TRACKLIST:
1. Just Thought You Should Know
2. Taste
3. Look Back
4. Ignore Me
5. Friend Like Me
STREAM/DOWNLOAD BETTY PT. 1 HERE
ABOUT BETTY WHO
Casting a striking presence as a performer, emanating confidence as a writer, and inspiring as an independent force, Australia-born and Los Angeles-based pop star Betty Who has quietly elevated herself to a worldwide phenomenon on her own terms. Acclaimed by Entertainment Weekly, Vogue, Rolling Stone, Buzzfeed, Elle Magazine and more, Betty’s sophomore album, The Valley, yielded a string of international hits, including “I Love You Always Forever” certified double-platinum in Australia and “Human Touch.” Total Spotify streams exceed 150 million as she regularly averages over 3.3 million monthly listeners on the platform. Beyond countless sold out headline tours, she’s delivered knockout television appearances on The Today Show, Late Night With Seth Meyers, The View, and many more aside. Betty’s commitment to charity, health, and wellness matches her passion for music. She has given performances to benefit UNICEF, ACLU, Planned Parenthood, The Trevor Project, Human Rights Campaign, and many more. She joined forces with Lululemon and Soul Cycle to launch the acoustic “Beats Per Moment” tour, ran a Nike marathon on the entertainment team, and partnered with a personal favorite workout app, Aaptiv, for playlisting.