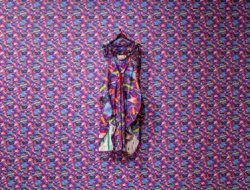 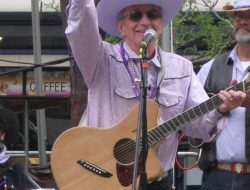 24 July 2018 (Amsterdam, the Netherlands) – At the 2018 International AIDS Conference, the Elton John AIDS Foundation (EJAF) and the U.S. President’s Emergency Plan for AIDS Relief (PEPFAR) are reaffirming their commitment to and investment in reaching key populations, including lesbian, gay, bisexual and transgender (LGBT) people, with lifesaving HIV prevention and treatment services.

As part of these broader commitments, today EJAF and PEPFAR jointly announced the initial results from the LGBT Fund, which launched its first grants at the 2016 International AIDS Conference. The $10 million fund, created to address human rights violations, stigma, discrimination and violence faced by LGBT people and strengthen local organizations, has since reached nearly 60,000 LGBT people in several sub‐Saharan African countries and the Caribbean through targeted, community‐level projects.

Sir Elton John commented: “Since I founded the Elton John AIDS Foundation a quarter of a century ago, an article of faith for us is that no one gets left behind. Our LGBT Fund in partnership with PEPFAR is part of that spirit. The LGBT community has suffered discrimination and isolation in many parts of Sub Saharan Africa which have added to HIV vulnerability and left too many people behind in accessing treatment. I am proud of what we have achieved with this Fund and hope its work can continue.”

Elton John AIDS Foundation is the largest private European funder of HIV programs for key populations such as gay people, transgender people and sex workers. The Foundation has been funding the response for LGBT people for 25 years and is supporting programs across the Americas, Africa, Asia, UK and Eastern Europe. Foundation partners ran a national campaign for gay men in South Africa, set up new services for injecting drug users in Africa, and opened stigma‐free LGBT clinics in megacities like Lagos and New Delhi. The Foundation’s Eastern European initiative boldly supports key populations in a neglected region where the HIV epidemic is growing rapidly, while in the United States, the Foundation is among the biggest responders to the country’s opioid epidemic.

Collectively, these combined efforts in collaboration with community leaders and civil society will save and improve the lives of key populations in countries with high HIV‐burdens and contribute to the global goal of ending the AIDS epidemic as a public health threat by 2030.

About the International AIDS Society: The mission of the International AIDS Society (IAS) is to lead collective action on every front of the global HIV response through its membership base, scientific authority and convening power. Founded in 1988, the IAS is the world’s largest association of HIV professionals, with members from more than 180 countries working on all fronts of the global response to HIV. Together, we advocate and drive urgent action to reduce the global impact of HIV. The IAS is also the steward of the world’s two most prestigious HIV conferences: the International AIDS Conference and the IAS Conference on HIV Science. For more information, visit www.iasociety.org.

About the Elton John AIDS Foundation
Since 1992, the Elton John AIDS Foundation has raised more than £290 million ($400 million) to combat stigma, prevent infections, provide treatment and services, and motivate governments to end AIDS. As a leading worldwide organisation supporting those affected by HIV, we work alongside local, national and international partners, government officials, and advocates to promote a global response that leaves no one behind. We are supporting programs in 23 countries to advance our fundamental belief that access to information, testing and treatment can improve the lives of those living with, affected by or at risk of HIV/AIDS. For more information and to get involved, please visit www.ejaf.org.

About the U.S. President’s Emergency Plan for AIDS Relief (PEPFAR)
PEPFAR is the United States government’s response to the global HIV/AIDS epidemic, which represents the largest commitment by any nation to address a single disease in history. Through the compassion and generosity of the American people, PEPFAR has saved and improved millions of lives, accelerating progress toward controlling and ultimately ending the AIDS epidemic as a public health threat. For more information, please visit www.pepfar.gov, and connect with PEPFAR on Twitter, Facebook, and Instagram.

AIDS 2018: Join the conversation: Get the latest conference updates and share your thoughts and ideas through the AIDS 2018 social media channels.