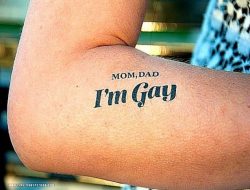 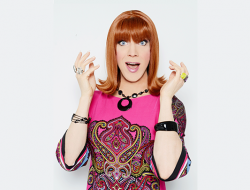 Washington, DC – While most news outlets reported on the historic nature of a transgender candidate being nominated for governor by a major American political party, several hosts and guests on Fox News attacked groundbreaking candidate Christine Hallquist because of her gender identity.

Yesterday evening on Tucker Carlson Tonight, conservative journalist Chadwick Moore claimed Hallquist won because of “transgender privilege” and that she can “get away with many, many things by being transgender.” He went on to say “nobody knows anything about her policies” and questioned her qualifications beyond being transgender, despite Vermont primary voters understanding well her long career as the chief executive of an energy utility company and her progressive vision for the state. Tucker Carlson agreed with the assertion. Chadwick then went on to attack her personal appearance and misgender her.

Wednesday night’s attack followed an incident earlier in the day, when host Ainsley Earhardt referred to Hallquist as “that transgender.”

“For two cisgender white men on Fox News to bemoan ‘transgender privilege’ in a conversation about one of the few openly trans candidates in the entire nation requires extraordinary ignorance, at best. Christine was the chief executive of a well-respected energy utility company for more than 12 years and traveled the entire state sharing with voters her progressive vision for Vermont. They claimed Vermont primary voters know nothing beyond her gender identity while in fact the opposite is true – voters chose Christine because of her experience and positions, not because of her gender identity, and it is an insult to Vermont voters to say otherwise. To say trans candidates have ‘privilege’ is simply these two pundits spewing nonsense and hate – there are only 13 trans people in elected office nationwide, hardly a privileged group.

“Tucker Carlson and Chadwick Moore built their careers on attacking people because of who they are and are as responsible as anyone for the degradation of American political discourse. Their obsession with attacking a trailblazing trans candidate only continues this legacy. Vicious attacks on the qualifications and appearance of a gubernatorial candidate solely because she is transgender is intolerable and must be addressed by Fox News leadership. Fortunately, Vermont voters don’t carry the prejudiced views of some in the Fox News lineup.”