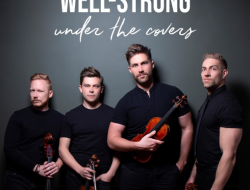 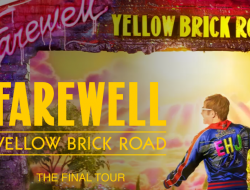 Sir Elton WILL Make A Stop In Tacoma On...

The film is scheduled to begin filming October 6th. No word on distribution plans once the film is completed.

Good Kisser follows Jenna, who agrees to a sexy weekend fling with her materialistic girlfriend Kate and the worldly Mia. But as the night unfolds, Jenna realizes she has bitten off more than she can chew, and the love triangle begins to crack.

The film is an “it’s complicated” relationship drama, starring Rachel Paulson as Kate (Drink Responsibly), Julia Eringer as Mia (Girls Like Magic), Kari Alison Hodge as Jenna (I Am Joe), and Courtney McCullough as Yuka (Shameless).

“This is a story about three women, each hiding something that will ignite desire, jealousy, and insecurity,” said director Carlton. “Told through a sex positive lens, this is a poignant take on female pleasure with a ‘careful what you wish for’ twist.”

Rachel Paulson has also dipped her feet into writing and producing Drink Responsibly and Kleptos. She is the little sister of actress Sarah Paulson, of “American Horror Story,” and casting director Liz Paulson.

Julia Eringer is an actress and producer, known for Fox Trap, Girls Like Magic and The Missing Knife.

Kari Alison Hodge is an actress and writer, known for I Am Joe, Piled Higher and Deeper: Still in Grad School, and Crazy Bitches.

Courtney McCullough is a Chinese/Mexican American actress and model from Los Angeles. She has appeared on Showtime’s Shameless, in the web series Weekly Meeting, and competed as a geography expert on Fox’s Superhuman game show.