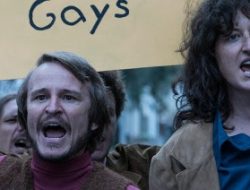 TWIST 2018: Watch the Start of Australian Pride and... 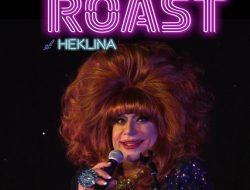 It’s definitely a queer piece of theater but many of the cross dressing male characters in Harvey Fierstein’s 2014 play CASA VALENTINA, identified as heterosexual, at least at the time the play is set in the 1960s and considered themselves “transvestite” as opposed to “transgender” meaning they wore women’s clothing, wigs and make-up because they enjoyed it, not because they considered themselves gay or misgendered at birth.

Casa Valentina is not only the name of the play, but also its setting…”Casa Valentina” is a private country resort in rural New York State which was turned into a resort for men like its owner, “Valentina” aka George, where like minded men could enjoy a weekend of wearing women’s attire and react to one another as women. The play explores relationships between the characters as well as the rise of the idea of identifying as transgender.

The play is based on reality. “Casa Susanna” was an actual Catskills private resort started by Susanna Valenti who initially considered herself a transvestite but later on identified as a transgender woman. Casa Susanna became much discussed in 2006 after the release of a book of photos from the years the resort was active and the story came to the attention of lgbtq historians and an interested community that included famed actor/playwright Harvey Fierstein who wrote the play Casa Valentina which had a successful run on Broadway and earned 4 Tony Award nominations. The REAL “Casa Valentina” From the book “Casa Susanna”, a collection of found photographs edited by Michel Hurst and Robert Swope.

After years of speculation of when a Seattle theater company would premiere the work locally, (I know more than one considered it but the large cast and design demands deterred most of them), the Lesser-Known Players theater company based on Bainbridge Island announced earlier this year they would produce the work, in Seattle, at the Erickson Theatre Off Broadway on Capitol Hill. The production will open this Friday, October 19th for a brief two weekend run so don’t shilly shally about getting your tickets.

Lesser-Known Players artistic director and director of this production Derek Villanueva was a big fan of the play: “Honestly, it’s a play very dear to me that I want as many people from the community to experience. Harvey’s work is really something else and I was surprised to find out that no other production in Seattle had licensed it before I came along, so I jumped on the opportunity.”

For anyone interested in LGBTQ history, especially history that touches on trans and genderqueer issues, this is probably a production worth seeing. Just based on the company’s superb promotion photos, it looks like a million bucks….check some of them out: