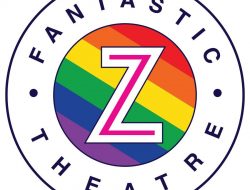 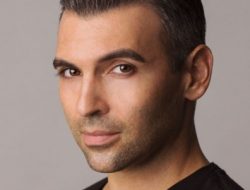 Mark your calendars for the return of a popular LGBTQ play. ArtsWest is staging the revised version of David Henry Hwang’s M. BUTTERFLY, his 1988 Broadway hit about a male French diplomat who falls in love with a Chinese opera star but unaware of that star’s gender. This new production, a West Coast premiere of a revised version of the material, opens on Thursday, January 24th for a month long run at the West Seattle theater company known for staging LGBTQ material under the helm of current artistic director Mathew Wright, including acclaimed productions of HIR and HEDWIG & THE ANGRY INCH in 2018.

In a revival version never before staged on the West Coast, David Henry Hwang’s audacious, Tony Award-winning M. BUTTERFLY – inspired by a bizarre true story of illusion, obsession and betrayal – will open at ArtsWest on January 24. Performances will run Thursday through Sunday until February 17.

Brilliantly transforming a true life story into cutting satire, M. BUTTERFLY has electrified audiences and scored countless accolades since its 1988 Broadway premiere. Clever parallels to the famous opera Madame Butterfly abound in the story of a French diplomat who falls for a Chinese opera star – the ideal, exotic woman in his mind, but the truth lies beyond his imagination. Hailed as a modern classic, M. BUTTERFLY deftly skewers the perception of Eastern culture by the West and the persistent objectification that clouds it.

ArtsWest will stage the West Coast premiere of the revival version – from an updated text by playwright David Henry Hwang, staged on Broadway in 2017 in a production directed by Julie Taymor – giving Seattle audiences one of the first opportunities to experience this revisited classic.

“M. BUTTERFLY anticipates intersectionality in its examination of racism, sexism, classism, and homophobia, among other things,” said ArtsWest Artistic Director Mathew Wright. “One of the things that makes M. BUTTERFLY a truly extraordinary play is its fusion of theatricality, political theater and intense psychological realism to tell a vitally important story,” added Wright. “It’s also deceptively funny. David Henry Hwang is sly and intelligent, and so are his characters.”

Directing M. BUTTERFLY is Samip Raval, who returns to ArtsWest after directing the 2017 production of Ayad Akhtar’s THE WHO & THE WHAT. “It’s rare to work on a play that dives into deeply complex socio-political themes that seamlessly manifest in human character as in David Henry Hwang’s M. Butterfly,” said Raval. “Cultural misconceptions are born when we are fooled into believing a surface-level idea about someone we don’t know. Similarly, I knew this play would ‘fool’ unless we could stay open to the words and different points of view. I couldn’t miss out on such a juicy and daunting challenge.”

About ArtsWest, Raval added, “It’s no secret that in the last few years, ArtsWest has consistently and intentionally programmed plays that bring diverse stories that are conscious, thought-provoking, and surprising.”

ArtsWest is a vibrant center for both performing and visual arts located in the West Seattle Junction. This 149- seat theatre provides a unique setting for audiences and artists as stories of human emotion unfold in an intimate space. Winner of the American Theatre Wing’s 2012 National Theatre Company Award, ArtsWest has produced such diverse work as AMERICAN IDIOT, PETER AND THE STARCATCHER, 2016’s critically acclaimed production of Henrik Ibsen’s GHOSTS, and a celebrated production of AN OCTOROON earlier this year. ArtsWest produces artistic events that provoke conversation, incite the imagination, and use live theater as a powerful agent of change. www.artswest.org

Where: ArtsWest Playhouse and Gallery