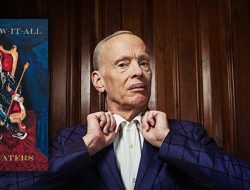 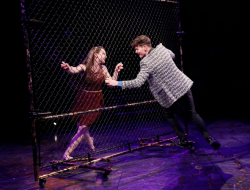 Three Dollar Bill Cinema’s “Good To Be Queen” Gala Is A Month Away….Start Preppin’ Those Crowns!

Just a reminder that Three Dollar Bill Cinema’s annual dinner & auction is about a month away. It’s a fancy dress kind of thing so if you need time to prepare….get crackin’!

And, it’s always one of the funner fundraisers…I mean, it’s a MOVIE thing so it tends to be a bit more glam than your average rubbery chicken/salmon dinner kind of gala.

It you’d like to donate something of value for the auction, there’s a link down below as well as a link to buy a ticket or a whole table if you’re Mr/Ms/Mx Moneybags.

Also remember that Three Dollar Bill Cinema is one of LGBTQ Seattle’s greatest resources…they put on so many terrific events and programs throughout the year, like the upcoming Translations Film Festival in May and the recently renamed Seattle Queer Film Festival in October (they dropped the “Twist” part of the name, which I can now be ultra frank and say I never cared for…it sounded like a breakfast cereal for kids with ADHD….)

Three Dollar Bill is also bringing back the Reel Queer Youth film classes this summer. They had to cancel them last year but they’re coming back for Summer 2019…more on that terrific program, closer to the date.

Here’s more info on the Dinner/Auction. Please support if you can.

Pull out your queeniest of outfits (whatever that means to you) and join us for an evening supporting queer storytelling and visibility. The evening consists of royal cocktail hour complete with games, hors d’oeuvres, and signature cocktails, a dinner with live auction and dessert dash, and fabulous dance party to finish it off.

BUY TICKETS OR A TABLE

Can’t make it but still want to support our annual gala? Make a donation today!

Do you have an item you’d like to donate to the auction? Submit it here.