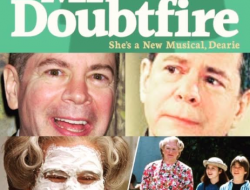 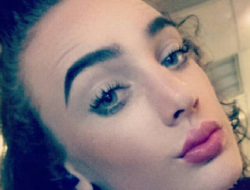 It’s supposed to be a slow news time of year…nothing but “end of the year” lists and awards and holiday stories and crap of that ilk…but, for some reason, the 20 Teens are going out with a bang with the impeachment of the illegitimate president Donald Trump.

Locally, there’s also quite a lot of local drama going on right now, with the most recent being some big changes at THREE DOLLAR BILL CINEMA, the non-profit LGBTQ group that produces film events for our community throughout the year including the annual Translations Film Festival and the Seattle Queer Film Festival.

in the last few weeks, both Megan Garbayo, their Outreach & Education manager and Sam Berliner, who worked as a programmer and coordinator have both left the organization for other pursuits and today, it was officially announced that Ben McCarthy has resigned his position as the Executive Director.

McCarthy broke the news on his social media today:

Seattle has been an incredible home to me for nearly a decade. I am so thankful for the amazing people I have met, the things I have done, and the memories I have made. After 8.5 wonderful years, it is time to say goodbye. Last month, I made the choice to move on and return to my roots in Charlotte, NC to be closer to my family and start the next chapter of my life. This is definitely bittersweet as I have truly loved my time in Seattle and my job with Three Dollar Bill Cinema but I am ecstatic to be around my family again.

Thank you to all of my friends, coworkers, colleagues, and my chosen Seattle family for your amazing support and love. Though I have moved on from the great PNW, I do not plan to be a stranger and hope to stay in touch with each and every one of you – and visit as often as I can.

And, Three Dollar Bill Cinema released their own statement announcing the departure of McCarthy and the news that longtime Seattle Queer Film festival Director and Programmer, Kathleen Mullen would step in as the interim Executive Director.

The next event on the Three Dollar Bill Cinema calendar is their big annual fundraising gala, still set for April 4th. Tickets and details HERE.