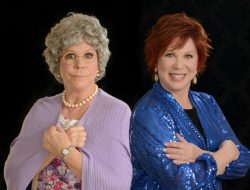 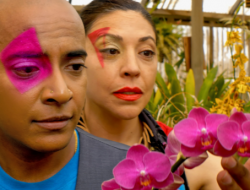 The musicals Hadestown and Ain’t Too Proud: The Life and Times of The Temptations led the nominations scorecard with 14 nods for Hadestown and 12 for Ain’t Too Proud, including Best Musical. The other three nominees for Best Musical are stage adaptations of popular films Tootsie and Beetlejuice with the LGBTQ themed The Prom also grabbing a Best Musical nomination as well as honors for Best Book, Best Score, Direction of a Musical and three nominations for actors including Seattle native Caitlin Kinnunen in the Lead Musical Actress category for her role as a young lesbian high school student who wants to take her girlfriend to prom. Kinnunen acted in several productions at Issaquah’s Village Theatre prior to moving to NYC.

Two out queer playwrights are nominated for Best Play. Tarell Alvin McCraney, best known for co-writing the Oscar winning film Moonlight is nominated for his play, Choir Boy, about a young gay black student wanting to lead his choir. The play is also nominated for 3 other Tony Awards including Best Actor for Jeremy Pope an out gay actor who is also nominated for a Tony in the Featured Actor Musical category for his work in Ain’t Too Proud.

Nathan Lane in “Gary: A Sequel to Titus Andronicus” (Photo by Julieta Cervantes)

The other queer playwright is Taylor Mac, the transgender performer and writer who is up for their new play Gary: A Sequel to Titus Andronicus the controversial new work starring out gay star Nathan Lane. It’s a gory sequel to the famed Shakespeare play that features Lane as a janitor cleaning up after a mass slaughter and disposing of blood dripping body parts. It’s a work that has some critics and audience members raving and others repulsed but it apparently found love with Tony voters since the production snagged 7 nominations including nods for its direction by George C. Wolfe and for co-stars Julie White and Kristine Nielsen. Oddly, three time Tony winner Nathan Lane was overlooked for his performance.

Last year’s star studded revival of the gay play The Boys in the Band was nominated for Best Play Revival and one of its ensemble, Robin de Jesús received his third Tony nomination for his portrayal of Emory in the Featured Actor in a Play category. Another out gay actor on his third try at a Tony is also included in this category: Brandon Uranowitz is up for his work in the revival of Lanford Wilson’s Burn This. And, The Cher Show, the musical stage biography of the beloved icon Cher even grabbed 3 noms for Lighting Design, lead actress Stephanie J. Block and for legendary designer Bob Mackie’s glorious recreations of costumes he’s been designing for Cher for the last 50 years.

Other shows getting lots of nominations include the highly lauded play The Ferryman, about a large dysfunctional Irish family and their relationship with the IRA, and the most recent stage adaptation of the classic novel To Kill A Mockingbird, which both grabbed 9 nods each including a Best Director nomination for former Seattlite, Bartlett Sher’s staging of “Mockingbird”. The pared down, gender bending production of the classic Rodgers & Hammerstein musical Oklahoma received 8 nominations. And, the sell out production of Network starring Bryan Cranston shocked some by only receiving 5 nods including one for Cranston and one for out gay director Ivo van Hove.

For a full list of all the nominees, go HERE! The 73rd Tony Awards will air June 9th at CBS live from Radio City Musical Hall.