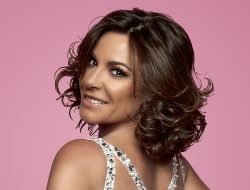 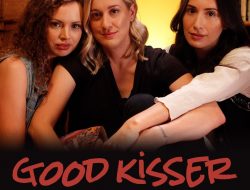 It’s obvious Oscar bait but Sir Elton John just dropped a new song which will be featured in the closing credits of the soon to be released ROCKETMAN, the biopic about his early years starring Taron Egerton. “(I’m Gonna) Love Me Again” was written by John and his longtime writing partner Bernie Taupin and is performed by John and Egerton.

The soundtrack album itself will drop May 24th and it’s basically a greatest hits album featuring most of the Elton John classics like “Tiny Dancer”, “Goodbye Yellow Brick Road”, “The Bitch’s Back”, “Don’t Let The Sun Go Down”, “Bennie & The Jets”, “Don’t Go Breaking My Heart”, “Pinball Wizard”, “I’m Still Standing” and on and on. BUT, it’s Taron Egerton singing, and not John!

“(I’m Gonna) Love Me Again,” a brand-new song written especially for ROCKETMAN by Elton John and Bernie Taupin, and performed by Elton and Taron Egerton, premiered this morning on BBC Radio 2. The song is taken from the eagerly anticipated album’Rocketman: Music From The Motion Picture’ (Released on May 24 on Interscope Records), which sees celebrated producer and composer Giles Martin re-interpreting and re-imagining Elton’s iconic hits, tailoring the music specifically to support the narrative of the upcoming major motion picture, with a truly show stopping vocal performance from ROCKETMAN lead actor Taron Egerton. “(I’m Gonna) Love Me Again” is co-produced by Giles Martin and Greg Kurstin. ‘Rocketman: Music From The Motion Picture’ is available to pre-order now, and Taron’s interpretation of “Rocket Man“, and Elton and Taron’s “I’m Gonna) Love Me Again” are both available to stream now.

A gloriously up-tempo, soulful stomper, “(I’m Gonna) Love Me Again” plays over the movie’s closing credits. It is another fitting addition to Elton John and Bernie Taupin’s oeuvre, undoubtedly one of the greatest song books of all time. It is also a great showcase for Taron Egerton’s stunning vocals, an integral part of the makeup of ROCKETMAN.

Tasked with taking Elton’s unparalleled back catalogue and reimagining it to fit the film’s narrative, ‘Rocketman: Music From The Motion Picture’ producer Giles Martin worked closely with the filmmakers, supervising all of the music for the production and pulling a vocal masterclass from Taron in the studio. From transforming “Saturday Night’s Alright for Fighting” into an epic ensemble piece, to morphing “I Want Love” into a heart-breaking moment of conflict around little Reggie’s family meal, each track has been sculpted to form a unique part of the narrative of this most incredible of stories. The album is produced by Giles Martin (except “(I’m Gonna) Love Me Again” co-produced by Giles Martin and Greg Kurstin) and was recorded between 2017 and 2019 at Abbey Road Studios and AIR Studios in London. Executive Album Producers are Elton John, David Furnish, Matthew Vaughn and Dexter Fletcher.

Rocketman: Music From The Motion Picture is released May 24 on Interscope Records:
1.The Bitch Is Back (Introduction)
2. I Want Love
3. Saturday Night’s Alright (For Fighting)
4. Thank You For All Your Loving
5. Border Song
6. Rock & Roll Madonna – Interlude
7. Your Song
8. Amoreena
9. Crocodile Rock
10. Tiny Dancer
11. Take Me To The Pilot
12. Hercules
13. Don’t Go Breaking My Heart
14. Honky Cat
15. Pinball Wizard – Interlude
16. Rocket Man
17. Bennie and the Jets
18. Don’t Let The Sun Go Down – Interlude
19. Sorry Seems To Be The Hardest Word
20. Goodbye Yellow Brick Road
21. I’m Still Standing
22. (I’m Gonna) Love Me Again
** All songs written by Elton John and Bernie Taupin except ‘Thank You For All Your Loving’ written by Elton John and Caleb Quaye, ‘Don’t Go Breaking My Heart’ written by Ann Orson and Carte Blanche and ‘Pinball Wizard’ written by Pete Townshend.