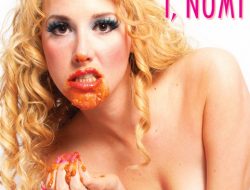 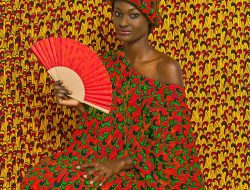 May 7, 2019 Comments Off on Review: Village’s “Curious Incident” Is Bravura Theater And Worth A Trip To Everett To Exerience Views: 1400 *Seattle Theaterland, Arts & Entertainment, Reviews, Stage

Review: Village’s “Curious Incident” Is Bravura Theater And Worth A Trip To Everett To Exerience The Cast | The Curious Incident of the Dog in the Night-Time Production photo. © 2019 Mark Kitaoka/Village Theatre

I know we hate schlepping around in traffic especially on the freeways, but sometimes, there are brilliant pieces of theater in the ‘burbs that you really need to go check out…

One such example would be Village Theatre’s current annual play production, (they mostly do musicals but usually in winter they do a ‘straight’ play but this year it bumped into the spring slot.) It’s their area premiere of the huge hit play THE CURIOUS INCIDENT OF THE DOG IN THE NIGHT-TIME by Simon Stephens and based on the also very popular 2003 novel of the same name by Mark Haddon. “Curious Incident” (which is how we’re going to shorthand that very long title from now on…) won a slew of Olivier Awards in London followed by another slew of Tony Awards in New York and stunned audiences for long runs as well as national tours, something that doesn’t happen a lot with non-musical productions. The area premiere of this play happened March 14th at Village’s main theater base in Issaquah and it’s now moved on to its second home, at Everett’s Performing Arts Center for a few more weeks.

The show’s success was partly due to its clever plot and powerful central character but it also had something to do with its terrific original staging in London by noted director Mariane Elliot with choreography/stage movement by Steven Hogget and Scott Graham. The production also featured a creative and theatrically vibrant use of lights and digital projections to tell the story of Christopher Boone, a 15 year old boy living in a London suburb with his father, Ed and…Christopher’s “behavioral difficulties”. The play (or, for that matter, the original book) doesn’t specify but Christopher is somewhere on the autism spectrum; he doesn’t like  being touched and he can be triggered into violence by certain stimuli. He is also very intelligent and good with math; he has aspirations of being an astronaut…but, he also fancies himself a detective once he finds out that the next door neighbor’s dog was savagely murdered in the night.

But, while the neighbor, Mrs. Shears is upset about the dog’s death, she doesn’t want Christopher snooping around; in fact she seems hostile to Christopher and his father who is also opposed to Christopher playing detective. But, despite the fact he’s being allowed to take a very important math test (which would help qualify him to go to university) Christopher continues investigating, which leads him to discover some unpleasant truths…like discovering the fact his father lied to him about the death of his mother. That revelation leads to others and by the end of Act 1 of “Curious Incident” Christopher has solved the crime but also learned things that lead him to take a terrifying journey in Act 2: navigating the overwhelming stimuli of the real world to make his way to urban London.

The success of the book and play is undoubtedly tied to the story’s main character, Christopher Boone. Mark Haddon created an utterly original and fascinating character which was smartly adapted by Mr. Stephens for the stage and brilliantly staged by the original team. The character is unique and mesmerizing and Christopher’s journey, both emotionally and physically is what drives the story. We quickly care about him and the journey he and the story takes us on, from suburb to city and back again. For the stage, the terrific lighting and graphics designs in the original productions, made it a larger than life theatrical event. There’s a lot of terrific things to see and hear and experience in The Curious Incident of the Dog in the Night-Time.

But, can Village Theatre pull off the same level of theatricality as the West End/Broadway without a multi-million production budget?

Happily, it can. Village Theatre’s new artistic director Jerry Dixon has done a fantastic DIY staging that uses lots of simple tricks to pull off some creative theatrical staging and aided by the choreography of Sonia Dawkins. It’s a fast moving, intricately staged piece of theater that’s enhanced by Mark Wendland’s scenic design and with evocative lighting by Amiya Brown and sound by Brent Warwick. Gregory Towle’s projections aren’t quite as elaborate as the Broadway version but they’re still a riveting and dynamic part of the overall experience of this “Curious Incident”.

And, there’s also a splendid ensemble of actors cast here…the show obviously centers on Christopher but there are 9 other actors in “Curious Incident” who have to portray a vast array of characters and the entire ensemble is superbly headed by Michael Krenning’s bravura work as Christopher, the fascinating cipher at the heart of the story. It’s a mesmerizing performance of a ground breaking character by the young actor.

There’s also great performances from Jéhan Òsanyìn as Christopher’s teacher/counselor and Kathryn Van Meter as his long presumed dead mother and James D. Sasser as the dad with a secret or two to hide.

I really only have one complaint about “Curious Incident” and it’s one that’s been noted by others over the course of its theatrical history. The Act 1 “mystery story” is really the more interesting of the two halves of the play…watching Christopher investigate the mystery is dramatic but once he solves the crime, it’s a bit anti-climatic. Act 2 does feature Christopher’s fascinating and brilliantly staged sensory overloaded journey to London, which is great theater, but after that, the play does flatten out a bit into a familiar tale of bickering families and custody issues. The first 3/4ths of “Curious Incident” is dynamic and original and the last quarter or so feels a bit too much like an Afterschool Special. It obviously doesn’t ruin the play or the joy of the preceding material but it does leave one wishing it had an ending section as much fun as the rest of the clever story.

This “Curious Incident” is well worth a journey of your own to check out. It’s terrific theater and highly recommended for everyone.

Onstage now in Everett at the Everett Performing Arts Center through May 19, 2019. Get tickets HERE.

Tags: Everett Performing Arts Center, The Curious Incident of the Dog in the Night-Time, Village Theatre