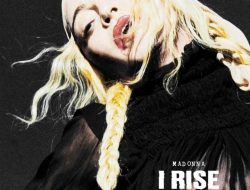 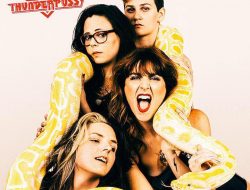 FINALLY, Seattle Out and Proud has announced the Grand Marshals for this year’s Seattle Pride Parade which is celebrating not only 45 years of celebrating LGBTQ pride in Seattle but also honoring the 50th anniversary of the Stonewall Rebellion which kicked off the modern LGBTQ Rights Movement.

For 2019, the Pride Parade will feature 6 grand marshals…2 outstanding individuals and 4 community organizations. And, it’s a starry year for Seattle Pride with our own out Mayor JENNY DURKAN, one of a handful of out lgbtq mayors in the United States leading the list but also Seattle’s own (sorta) JINKX MONSOON, the Season 5 winner of the TV competition show, RuPaul’s Drag Race the other individual being honored.

(I say “sorta” not out of snark but technically our Jinkx is a Portland Oregon native who came to Seattle for school and started her drag career here before moving on to sparklier waters…which is what you do when you headline shows all over the world!)

And, we have four great community groups being honored this year: UTOPIA Seattle advocates for our area’s LGBTQ Pacific Islanders;  Bailey-Boushay House has been treating for HIV/AIDS patients since 1992; Seattle Children’s Gender Clinic is one of 5 clinics in the United States serving transgender youth; and Camp Ten Trees, which has been providing summer camps for LGBTQ youth and the children of LGBTQ parents for many years. All these organizations are major assets to our community.

More info on all the marshals and don’t forget that the 2019 Seattle Pride Parade is happening Sunday, June 30th in downtown Seattle.

SEATTLE – May 7, 2019 – Seattle Pride announced today the community and LGBTQ leaders who will serve as the 45th Annual Seattle Pride Parade grand marshals – leading off the nation’s fourth largest pride parade of more than 200 groups and 60,000 individuals marching in support of LGBTQ pride.

Nominations for grand marshal were solicited from the community last year, and final selections were made earlier this year by the Seattle Pride Board which notified those who were selected based on their individual merits and significant impact within the LGBTQ community, but are not required to identify as gay, bisexual, transgender or queer.

“This year’s grand marshals are shining examples of what it means to be a leader, advocate and role model,” said Seattle Pride President Kevin Toovey. “Each of them embodies LGBTQ progress, and we look forward to having them lead us in solidarity in our 45th annual Seattle Pride Parade as we celebrate the present, envision the future and honor our past.”

This year’s Seattle Pride Parade will also be commemorating the 50th anniversary of the Stonewall rebellion which became a national movement in support of diversity, inclusion and equality.

The parade begins at 11am on Sunday, June 30 along Fourth Avenue in downtown Seattle between Union Street and Denny Way – and the fun continues with Seattle PrideFest at Seattle Center. The parade will livestream on KIRO-TV’s website and Facebook page, in addition to a one-hour special airing on KIRO-TV at 11:35pm that evening.