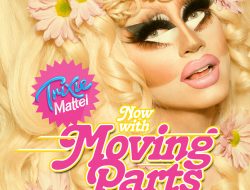 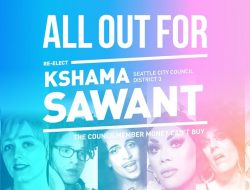 Drag Stars To Turn Out For Kshama Sawant Benefit... It’s PRINCESS GUY, aka “Seattle’s Most Fabulous Vocal Quartet” a new independent choral group of 4 guys in tiaras singing all your favorite pop/jazz/comedy/showtunes and even some classical stuff, PLUS an original song or two.

Founded last year by former members of the Seattle Men’s Chorus, the group features Eric Lane Barnes (baritone), Jeffrey Erickson (tenor), Paul Rosenberg (bass) and Ritchie Wooley (tenor) singing some of your favorite songs, many of them a cappella (no instrumental accompaniment) and presenting, in their own words: ” a vast range of music styles emphasizing interesting harmony and unexpected interpretations of pretty much anything we fancy.

The Princess Guys have their first show all ready and revvin’ to go for local audiences. It’s The Princess Chronicles and they describe it as:

What makes a princess? What makes a guy? What’s in a name? The Princess Chronicles is a sparkling musical journey through royal guyness, a fairy tale told through song and story exploring our nature and identity.

This presentation of The Princess Chronicles is our first appearance at Resonance Events and will serve up the Broadway, the pop, the Palestrina, the barbershop, the jazz and hell, if you throw a dart at a board marked ‘song styles through history’ you will hit at least two songs we will sing.

You have two opportunities to check out The Princess Chronicles in the next few weeks. They have back to back gigs on Thursday, June 6th over in Bellevue at Resonance at SOMA Towers. You can grab tickets to that event HERE.

Then on Friday, June 7th, you can experience the Princess Guys in Seattle, at the lovely Jewel Box Theatre at The Rendezvous in Belltown. Go HERE to snag those tickets.