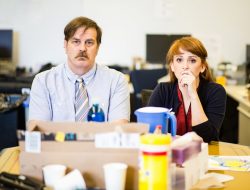 Review: “Blackbird” Tackles The Complex Ambiguity Of A Taboo... 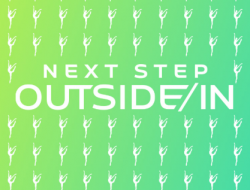 Seattle photographer CHRIS SCHANZ has created a special photography project to honor the 50th Anniversary of the Stonewall Rebellion by creating photos that refer to and pay homage to those riots that helped spark the LGBTQ Civil Rights Movement.  Featuring community members, the photos honor the work of Fred Mcdarrah, the NYC photographer who captured many iconic images in the days after the initial riot in June of 1969.
The photos are displayed at three area businesses on Seattle’s Capitol Hill:

Chris Schanz will be bopping back and forth to all three venues for the exhibit’s official opening night during this year’s Queer Art Walk on Thursday, June 13th starting at 6pm.
Photos are for sale and you can see/buy prints at Chris’s website HERE. Who could have imagined 50 years ago what LGBTQ culture would look like in the future? Those that fought for our rights to exist freely endured years of oppression, harassment, bigotry and assaults, having to live in fear for their lives on a daily basis. Smaller protests throughout the 1960’s led the way for visibility, but on June 28th, 1969, the patrons of the Stonewall Inn fought back.

For the 50th anniversary of the Stonewall Riots, we have joined together in a photo essay by photographer Chris Schanz to show how diverse we have become, how powerful we are, and that we can still stand unified in the face of adversity to claim our space in the world. Many who grew up knowing these freedoms may not realize the impact of those actions 50 years ago. We have come so far, yet we still have much more work to do! We take nothing for granted – every step forward is a gift and a testament to the pioneers who came before us!