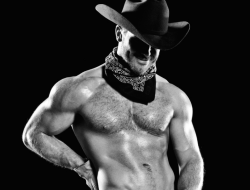 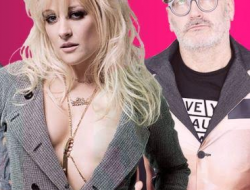 Reviews: It’s A Bit “Lifetime TV Movie of The Week” With “The Call” and “Tiny Beautiful Things” Cobey Mandarino and Brenda Joyner in THE CALL onstage at Seattle Public Theater from May 17 to June 9, 2019.

As I was watching Tanya Barfield’s THE CALL at Seattle Public Theatre last week, my mind wandered a bit and I suddenly thought to myself, “This is a story that could have very easily been done in 1946 as a film at Paramount or MGM!”

With a slight change in some of the more contemporary story parts.

We’ll get back to that mind wandering in a moment but let’s talk a bit about the play itself…The Call is about this arty bourgeois white couple, Annie and Peter who are having problems trying to conceive a child so they decide to adopt a baby from Africa. They announce this at a dinner party with their friends, Rebecca and Drea, a black lesbian couple who are also arty and bourgie. The two women gleefully announce they’ll help Annie and Peter cope with dealing with their black child’s hair, a not uncommon racial/cultural divide that turns up when non-black parents are unable to cope with the demands of caring for natural African hair.

As the story develops, we learn that Rebecca and Drea have other concerns about this adoption; Drea wants to know why white people prefer to adopt African black kids over American black kids which leads to a heated discussion with Annie blurting out, “why don’t African-Americans adopt black children?” and we come to one of the threads running through The Call, the racial tension that can develop between seemingly good friends over sensitive issues like cross-racial adoption.

That’s one through line explored here, among several that also brings in other issues like parents preferring to adopt babies over older children as well as the problems that arise from adopting children from different cultures and especially ones that might have had difficult backgrounds that include poverty, abuse, and physical and mental health issues. The Call attempts to deal with all of this, in a one act 90 minute or so time frame, while also bringing in other problems facing modern Africa via the introduction of a 5th character in the play, Annie and Peter’s next door neighbor Alemu, a kindly middle aged African immigrant with his own bag of drama to deal with.

Ya got all that?

Yeah, there’s a lot going on in The Call and thus my header stressing the “Lifetime TV Movie” aspects of it all. The Call does feel a bit like a glossy soap opera or a condensation of a pot boiler paperback novel designed to appeal to a specific female audience of a certain age. The characters, the setting, the situation, and the many plots all feel like contrived and not the slightest bit organic. There’s nothing realistic about anything in The Call thus my daydreaming while watching it unfold on stage…with not that many changes, this is a story that would have worked in a melodramatic movie circa 1946. Here’s how:

Annie and Peter, (Ginger Rogers and Joseph Cotton) married before the war started, have long wanted to have a family but Peter was called up and went to Europe. He was wounded during the Normandy invasion and returned home but they’ve still been unable to have a child and decide to adopt a Jewish war orphan. Annie’s writing mentor is her old English professor, Rebecca, (Agnes Moorehead) who is Jewish but not devout,  had a much younger brother named Max who was best friends with Peter…the two men, fresh out of college, had explored Europe back in 1936 but “Something Happened” and Max was killed in Nazi Germany. Rebecca’s “friend” Andrea, (Judith Anderson) is an artist, and part Jewish, and she advises Annie and Peter to be cautious about adopting a war orphan; the child could be severely damaged. Meanwhile, old Mr. Goldwasser (Gregory Ratoff) is the old German Jewish immigrant living next door who is overjoyed at the idea they could adopt a Jewish child. All eventually seemingly ends well, but at what cost?

See? It’s not hard to frame this story in a slightly different setting. You could argue that it’s a universal story but also counter that it’s also one that isn’t very original in its execution. A soap opera is a soap opera is a soap opera. And, there’s nothing wrong with a good ole fashioned soap opera as long as it’s AWARE that is what it is and relishes that kind of story telling. The problem with The Call is that it seems like it wants to be a Very Serious Play about Very Serious Topics but can’t escape the fact it’s a melodrama designed to appeal to women of a certain age sitting in a cinema or more accurately, sitting at home on the catch watching a good “story” on TV or reading a fun trashy novel with aspirations of literary grandeur. Frankly, The Call would be a lot more fun at Re-bar with a drag queen/camp sensibility and lots of dresses with huge shoulder pads.

All that said, it’s a well produced production with handsome design elements and a strong ensemble of actors with Brenda Joyner appropriately anguished as the teary eyed, wannabe Mom and Cobey Mandarino as the anguished yet hunky wannabe dad. And, Shermona Mitchell, as Rebecca and Ayo Tushinde as Drea are now my new favorite bourgie, black, lesbian theatrical character couple they’re funny and smart and playwright Tanya Barfield isn’t afraid to poke fun at their pretensions. (They’re also gorgeously costumed by Kelly MacDonald). Bob Williams as the enigmatic next door neighbor Alemu is the awkward fit in the puzzle; his performance is fine but the character doesn’t really fit into the story very well.

The Call has its charms but as a “straight” play, it’s a bit of a meh. It needs to own up to its own melodramatic tendencies and just BE an over the top melodrama. The cast of Cheryl Strayed’s TINY BEAUTIFUL THINGS onstage at Seattle Rep through June 29, 2019: Julie Briskman, Charles Leggett, Justin Huertas and Chantal DeGroat examining what might be the ugliest top in history while sitting on the stupidest family room couch choice in history.

It’s really more of an OWN TV movie, aka the “Oprah Winfrey Network”. It’s more adult than The Call and it’s an adaptation of a book of the same name by Cheryl Strayed, the chick lit/memoirist best known for her book Wild which was turned into a film starring Reese Witherspoon. Strayed’s works are all about her problematic life including being molested as a child; drug abuse; the early death of her mother, etc and Tiny Beautiful Things covers all of that under the umbrella of the “Dear Sugar” advice column that Strayed wrote for a couple of years where she used her own life experiences to advise people writing to her of their own woes and tribulations.

Tiny Beautiful Things became a book and then was adapted by actress/writer Nia Vardalos (“My Big Fat Greek Wedding”) into a stage production, starring Vardalos in 2017. The play features the character of Sugar/Cheryl Strayed in her family home replying to the writers seeking advice. Three actors play all the different advice seekers and share the stage with the actor playing Sugar, rather casually “hanging out” in the house with Sugar while she answers her questions.

Which doesn’t make much sense.

Yes, it’s a device to tie the play together (and to be fair, I’m not sure what else director Courtney Sale could do with them; maybe just have them be on monitors?) but it’s an annoying and distracting device as the three actors casually roam around the set, when it’s not their “turn” to be the letter being addressed. One might be in the kitchen making a sandwich…another playing a video game…wandering into the bathroom at the back of the set to powder their nose….heading upstairs to snoop through drawers…sitting down at a computer in the corner to write a better play to be in…

Obliviously, this bothered me.

I didn’t really like ANYTHING about this play other than its lead performance by actress Julie Briskman; I think she does a great job of portraying Sugar’s passion and interest in the people she’s responding to. But, Ms Briskman has experience…she played Ann Landers (or was it Dear Abby?) in a play at ACT several years back. Julie Briskman knows how to be compassionate and give good advice!

That story felt…gratuitous. And, unnecessarily over explicit. I guess it’s supposed to demonstrate how frank and open Sugar can be but…

We’re also treated to a VERY long section dealing with one letter writer’s grief over the death of his son (played by Charles Leggett) and while I admire the intent, it also felt very contrived (“You WILL cry at this painful and tender moment of theater!”)  The moment felt fake and forced. And, before you accuse me of being heartless, be advised I’m actually a huge crybaby at the theater/watching films/tv…but, it needs to be genuine emotion and not forced down the throat.

And, I can usually find nice nice things to say about the design of most shows, but I even had problems with that, with this show…despite the fact that we’ve established we’re in the family room of Sugar/Cheryl Strayed’s home and the fact she has kids, this family room has a LIGHT BLUE COUCH in it.

No intelligent, sane, mentally balanced person, with children (or pets) has a pale couch in the family room. In fact, light colored couches look like crap within about 4 weeks of inhabiting your home even if you’re single and petless.

Idiots and people with money to waste, own light colored furniture.

Also: the costume designer must hate actress Chantal DeGroat who plays one of the 3 letter writers. She wears this hideously ugly candy striped smock top (like something a hospital volunteer would wear in a 1986 episode of The Golden Girls) for the entire show.  That top was so atrocious, it distracted me from important things like thinking about, “What does Charles Leggett do when he goes into the onset bathroom during the show?” or “What is in that terrible looking sandwich Justin Huertas (the third letter writer) makes in the kitchen?” And, “Why do we need such gross details about the veiny-ness of Cheryl Strayed’s nasty grandpa’s weiner?”

Finally, I did tear up at bit, at the very end as Sugar/Cheryl reveals the meaning of the title of this play…about the wonder of “Tiny Beautiful Things” in our lives. It was a lovely little moment of truth.