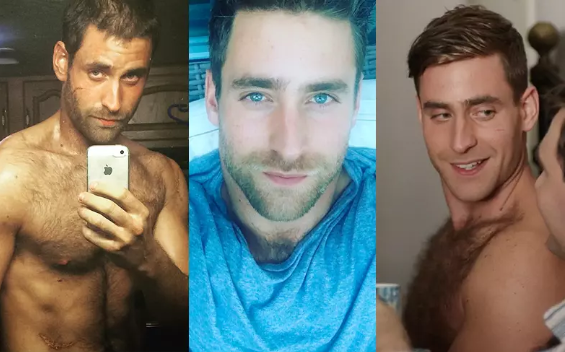 Oh, but what a waste of hot, hairy man flesh!! To be INVISIBLE throughout most of the movie!!!

Super British hottie, OLIVER JACKSON-COHEN won lots of gay fans for his role in the BBC film Man in the Orange Shirt where he played a tragic gay role with his shirt off most of the time revealing a rather awe inspiring amount of muscles and chestal hairs. (We wrote about that HERE!!!!) He then snagged even more fans for his work on Netflix’s The Haunting of Hill House last year where he played a messy drug addict cursed by memories of the hellish Hill House’s ghosts.

The 32 year old actor just snagged the leading role in the Universal Studios film, yet another adaptation of H.G. Welles’ novel The Invisible Man which has been adapted many times over the years starting with gay director James Whale’s original 1933 take on the material which was joyfully campy at times.

HOPEFULLY, Jackson-Cohen will strip down in the film…it seems likely since the character has to be NAKED to be truly invisible, obviously. So, while it seems likely this is gonna be a PG-13 kind of film, we should at least get some torso shots.

Filming begins this month (July of 2019) in Sydney, Australia with a cast including Elisabeth Moss.

Fun fact: this movie has been in development for so long that Johnny Depp was attached at one point!

We’re glad Oliver got the role.

Sometimes we get VERY exciting press releases….like this one 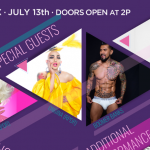 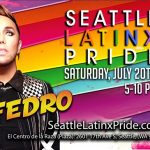 Next: Seattle Latinx Pride 2019 Is Next Weekend with Jessica Wild!