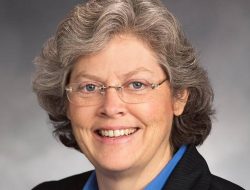 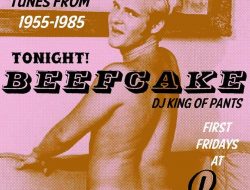 It’s coming! Washington State is taking the next step with inclusive rights for residents to choose gender options on their state issued identification. Governor Jay Inslee just announced this in a piece he wrote for Medium.com. Coming very soon, you’ll have the ability to choose M for male, F for Female or X to indicate non-binary on your Washington State driver’s license. This follows the state’s change for birth certificates where X is now an option as well, which went into effect in January of 2018.

From the Medium article:

Elayne Wylie, co-executive director of Gender Justice League, said this is a step in the right direction.

“It’s imperative of our government to include as many people as possible so that people actually feel like they’re part of society, and that they’re seen and heard,” Wylie said.

When Teresa Berntsen was named director of the Washington State Department of Licensing a year ago, people asked her about the issue. She heard from people who were frustrated that the agency didn’t offer a nonbinary option. People who visited DOL with birth certificates that listed their gender as X had to be turned away.

“Identity is a fundamental human right,” Berntsen said. “We, as the Department of Licensing, serve every Washington resident. And the driver’s license or the state-issued ID cards are your primary identification documents. So by us acknowledging there are more than two forms of gender, we are acknowledging basic human rights.”

Berntsen asked her staff to look into it and they found out DOL has the authority to propose a rule change. In fact, Washington State Department of Health began work in late 2017 to allow people born in Washington to change their sex designation on their birth certificate to reflect their gender identity. The department received feedback and suggestions from various state and federal agencies, tribes, nonprofits, LGBTQ and other civil right groups, and even state choirs such as Seattle Gay Men’s Chorus and Seattle Women’s Chorus.

The change went into effect January 2018. As of today, DOH has processed 518 requests for gender changes since January 2018, and 59 of those requests were for a gender X designation.

So, DOL followed DOH’s footsteps and scheduled listening sessions with groups to hear what the public thought of a third gender ID option. From there, they drafted rule language with public input.

The final, big step of the process takes place in August when DOL holds a series of public hearings. Berntsen hopes the hearings encourage input from people, specifically those who would be affected by adding a third gender option.

Berntsen’s staff will then use the public input from hearings, emails and phone calls to decide if they need to make changes to their proposed language. DOL could implement the gender X change as soon as October.

The possible nonbinary gender option from DOL is the most recent step Washington is taking to protect and support LGBTQ communities. During the 2019 session, the Legislature passed a bill that establishes an LGBTQ Commission, which will work with state agencies on issues that affect the LGBTQ community. The bill was sponsored by Sen. Claire Wilson.

Among other things, Gov. Jay Inslee issued nonessential state travel bans to North Carolina and Mississippi on the basis of allowing discrimination against gay, lesbian or transgender people. While the bans are still in effect, the Office of the Governor is currently reviewing the ban to North Carolina after a federal court recently approved a lawsuit settlement. The settlement clarifies the rights of those in the LGBTQ community.

We take these steps to show our crucial support that we stand with our LGBTQ friends and families,” Inslee said. “As long as I am governor, Washington will remain a place where no one can be discriminated against because of who they love, the color of their skin, their country of origin or how they worship.”

Wylie said adding a third gender option on public documents is an example of how gender intersecting with the public sphere has become important again.

“It’s a movement across the nation asserting itself,” Wylie said. “So the process felt pretty natural to move it forward. I serve clients who express themselves in a variety of different ways who, up until now, have been forced to have a letter on their license that may not be accurate.”

Wylie’s clients said this issue often pops up in personal services or medical settings. Some companies may verbally offer support toward nonbinary gender issues but the reality and mechanics to offer that support in practical ways — such as a company’s computer software that only accepts two genders — can act as an obstacle.

“I really believe that it does have significance for Washington,” Wylie said. “We are ever inside of a process of discovery of who we get to be as residents of the state, and as people. And it’s important to realize that while this is not a complete plan, it’s a step along the way.”

Berntsen said 16 states allow residents to mark M, F or X. Hawaii passed the change most recently in July. Although Washington would not be the first state to allow the third gender option, Berntsen said Washington is the first state she knows of that won’t require a medical certification to change gender on a driver’s license.

“We intend to allow self-identification of gender,” Berntsen said.

The X terminology came from multiple conversations with different groups around Washington as a usable symbol for nonbinary. Tribal nations in North America often use the term ‘two-spirit’ to refer to a feminine and masculine side in people, and many tribes hold two-spirited spiritual people in honor and sacredness. This gender fluidity is still reflected in cultures and tribes today.

Wylie said cultures around the world for thousands of years have expressed identities that have been around for years and years.

“We didn’t just invent them,” Wylie said. “We’re more in a process of restoring them. This is an era of authenticity. And with deep respect, I think the folks in Washington came together around the birth certificate ruling and said, ‘Out of all the different identities, since we’re being asked to come up with a terminology, here’s what we’re selecting.’ It’s not perfect, but it’s good for now.”

The public is encouraged to attend any of the public hearings listed below. The hearings are meant to solicit input from people who may be affected by an X gender designation for driver’s licenses, instruction permits and ID cards:

If you want to request a gender change on your ID cards, you can use the Change of Gender Designation Request form found on DOL’s website.