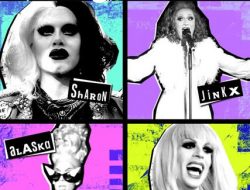 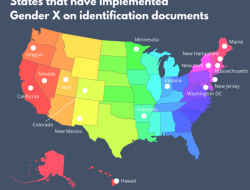 Earlier today, Washington State House Democrats elected Representative Laurie Jinkins of Tacoma to be the female Speaker of the House as well as the first openly out person to serve in that position. Jinkins replaces Frank Chopp who stepped down from the position after the last House session. Chopp will remain a member of the House and Jinkins will serve as speaker designate until the the start of the 2020 legislative session in January when the entire chamber will vote.

“This will be the most challenging job I’ll ever have but I am humbled and buoyed by the support of members of this caucus,” Jinkins said in a statement after the announcement where she introduced her wife, Laura Wulf. She also commented:

“This caucus is the most diverse caucus in the Legislature, and it has been more diverse than it’s ever been,” said Jinkins. “I’m really proud to be the first out lesbian serving in this position. I believe very, very strongly that the diversity of our caucus really more and more represents the diversity of our state and helps us make better decisions for the people of this state.

Laurie Jinkins has served in the House since 2011 and currently chairs the House Civil Rights & Judiciary Committee. Prior to her elected position, she was a litigator with the Attorney General’s Office who prosecuted child abuse and neglect cases in Tacoma/Pierce County.

Democrats control the Washington State House with a majority by a 57-41 margin with women representatives being in the majority.

More info on this historic moment in Washington State history via Victory Institute:

Washington, DC – Today Democratic members of the Washington state House elected Rep. Laurie Jinkins as the new House Speaker, making her the first LGBTQ person and first woman to hold the position in Washington state. Rep. Jinkins will become one of three openly LGBTQ people currently serving as the leader of a state legislative chamber, joining California President Pro Tem Toni Atkins and Oregon House Speaker Tina Kotek. Rep. Jinkins will be the sixth openly LGBTQ state House speaker in U.S. history when she takes on the position in January of next year.

“To have an openly LGBTQ woman in one of the most powerful roles in government can be transformative for the state of Washington,” said Mayor Annise Parker, President & CEO of LGBTQ Victory Institute. “Speaker Jinkins will bring her unique perspective to the job: determining priorities, shaping legislation, and influencing how her caucus votes on equality and other key issues. All three states on the Pacific coast now have LGBTQ people leading one chamber of their state legislature, continuing the trend of more LGBTQ people securing key legislative leadership positions.”

California President Pro Tem Toni Atkins remains the only openly LGBTQ person to lead a state Senate. There are at least 22 openly LGBTQ people currently serving in leadership roles in state legislatures – from speakers to majority and minority leaders to caucus whips.

Victory Institute works to increase the number of LGBTQ people in public office and provides programming, services, and other support to ensure their success.