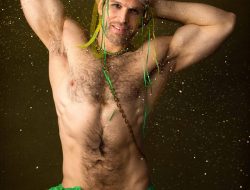 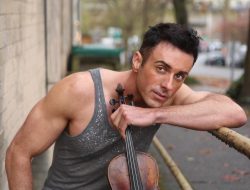 The Museum of Pop Culture announced last week that they’ll honor Seattle’s own BRANDI CARLILE with their 13th annual Founders Award, an award given in past years to Ann and Nancy Wilson (Heart), Carlos Santana and Jimmy Page.

The out singer/songwriter from Ravensdale, Washington has become an international Grammy winning success but has continued to have strong ties to Seattle where she got her start.

Carlile will be honored on December 3rd with a celebration of her career in a gala event to raise funds for MoPop’s educational programs. Ticket info to be released soon.

On December 3, three-time Grammy Award-winning singer-songwriter Brandi Carlile will receive the Museum of Pop Culture’s (MoPOP) 13th annual Founders Award, an honor given to artists who make outstanding contributions to popular music and culture. Carlile has captivated audiences across the world with her genre-blending sound and raw, honest lyrics.

“Brandi Carlile is a tireless champion for female and emerging artists, and her commitment to raising all voices exemplifies MoPOP’s mission to make creative expression a life-changing force by offering experiences that inspire and connect,” said MoPOP Executive Director Alexis Lee. “We look forward to honoring her work and raising funds for the museum’s leading-edge educational programs, community outreach initiatives, and exhibitions.”

The evening will open with an immersive museum experience where guests can explore the galleries as well as enjoy performances by youth participants in MoPOP programs. The program continues with an elegant dinner and one-of-a-kind live auction, culminating with an unforgettable concert as a cast of all-star musicians take the stage to pay tribute to Carlile.

More information is available at: MoPOP.org/FoundersAward

ABOUT BRANDI CARLILE Three-time GRAMMY Award-winning singer, songwriter, performer, and producer Brandi Carlile is in the midst of a monumental year following the release of her GRAMMY Award winning album, “By The Way, I Forgive You.” Produced by Dave Cobb and Shooter Jennings and recorded at Nashville’s historic RCA Studio A, the album includes ten new songs written by Carlile and longtime collaborators and bandmates Tim and Phil Hanseroth, including “The Joke.” Of her performance of the song on the live GRAMMY broadcast, The New York Times proclaimed, “Carlile’s vocals were robust, ragged, full of sneer and hope. On a night curiously light on impressive singing, it was an uncomplicated, genuine, cleansing thrill.”

Additionally, Carlile — along with fellow members Maren Morris, Amanda Shires and Natalie Hemby — recently debuted the acclaimed collaborative movement, The Highwomen. Released to overwhelming critical praise, the collective’s self-titled debut album came out earlier this summer via Low Country/Sounds Elektra Records. Of the project, Stereogum declares, “The Highwomen are the country supergroup this moment demands…the album is a creative triumph and a meaningful cultural artifact; the joy and resilience emanating off it is worth a fortune,” while Rolling Stone asserts, “a country album for the ages, filled with joy, laughter, tears, pain, and shit-kicking honky-tonk soul.” Adding to her breakthrough year, Carlile also co-produced Tanya Tucker’s critically acclaimed new album “While I’m Livin’” with Shooter Jennings.

Carlile is currently in the midst of a nationwide tour, which included a recent sold-out headline debut at NYC’s legendary Madison Square Garden. Upcoming tour highlights include a special performance of Joni Mitchell’s Blue in full at Los Angeles’ Walt Disney Concert Hall on October 14, as well as six sold-out shows at Nashville’s historic Ryman Auditorium in January 2020.