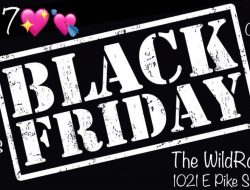 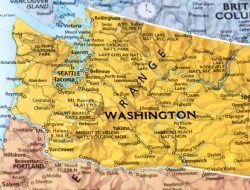 As usual, you have a TON of options to enjoy the spectacle of the #OscarsSoBoring annual telecast happening, here on the west coast, at 5pm with pre -show/Red Carpet coverage starting at 3:30 pm this Sunday, February 9th.

There’s the big annual THREE DOLLAR BILL CINEMA/GAY CITY Annual Oscar Bash happening at Gay City…a fancy dress event at Century Ballroom…and pretty much every gay bar with televisions and access to a drag queen host of some kind, will be putting on some sort of party, including Queer Bar, CC Attles, RPlace, The Lumber Yard, etc.

Here’s the full list of every LGBTQ Oscar event we’ve heard about:

2020 Oscars at The Clock-Out Lounge

The Clock-Out Lounge and Raised By TV will be hosting a live viewing of the 2020 Academy Awards at The Clock-Out Lounge this year! This is a FREE EVENT open to all. Table seating is first come first serve. Sunday Feb 9th 3:30 – 9:00PM Doors open at 3:30 for Red Carpet Coverage. The Academy […]Find out more »

Join us at Union to watch the Academy Awards! Hit our red carpet for photos and a chance to win an Award for best dressed starting @ 4pm The Oscars will begin showing on 8 large screen TV’s with Sound starting @ 5pm. Drink Specials featuring Absolut Vodka and Altos Tequila. Be Fabulous, Be Gay, […]Find out more »

🎬 Lights, camera, action! 🎥 We want to watch the 92nd Academy Awards with you! Join us at the Lumber Yard for all the glamour, all the looks, all the drama and all the excitement! 🤩 See your favorite stars stun the red carpet ✅ Vote for who you think will win (ballots provided) 🎁 […]Find out more »

in witnessing one of film’s biggest nights. 2019 was a great year in film! Titles such as Once Upon a Time in Hollywood, The Irishman, Joker, Frozen II and Little Women touched us. In film music can help solidify and express the story that is being told. This years Oscars will feature multiple performances from […]Find out more »

Watch the star studded Academy Awards with LaSaveona Hunt and Kung Pow Meow at Queer Bar! What was your favorite film this year? We loved seeing Timmy and Saoirse reunited in #LittleWomen, and the best ensemble win for #Parasite at the #SAGawards. Join us this Sunday at 5 p.m. for a screening of the #Oscars and see who takes home the […]Find out more »

Join us for the Academy Awards. Prizes for the top 3 that pick the winners and Complimentary Finger Foods.Find out more »