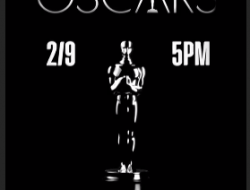 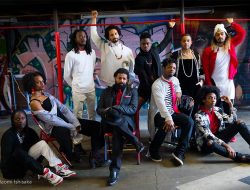 Dani Tirrell’s “Black Bois” Returns For Performance At The...

Yes, Tuesday, February 11th is Lobby Day in our state’s capital, Olympia which means it’s the day you can pester/lobby your elected state senators and representatives on things you think should be done for the betterment of our state…including LGBTQ rights!

Equal Rights Washington encourages you to come with them to the Statehouse to lobby for issues important to all of us. More info below!

On Tuesday, February 11th, please join Equal Rights Washington as we head to Olympia to meet with our elected representatives for Lobby Day.

Together, we will speak with state legislators about issues of importance to the LGBTQ community, including passing a ban on gay and trans panic as a legal defense for violence and ensuring consent is taught as part of public schools’ sex education curriculum. You’ll also have the chance to meet other activists and supporters who believe in a Washington where all people, regardless of race, religion, sexual orientation, or gender identity or expression, are safe and treated with respect and dignity.

9:00am – 9:45am
ERW’s 2020 Legislative Priorities Briefing
Pick up Legislative Meeting Schedule and Packets

Please register for Lobby Day by completing the form HERE— an accurate head count will allow us to coordinate food and meetings for the day.

If you don’t know your Legislative District, you can find it here.