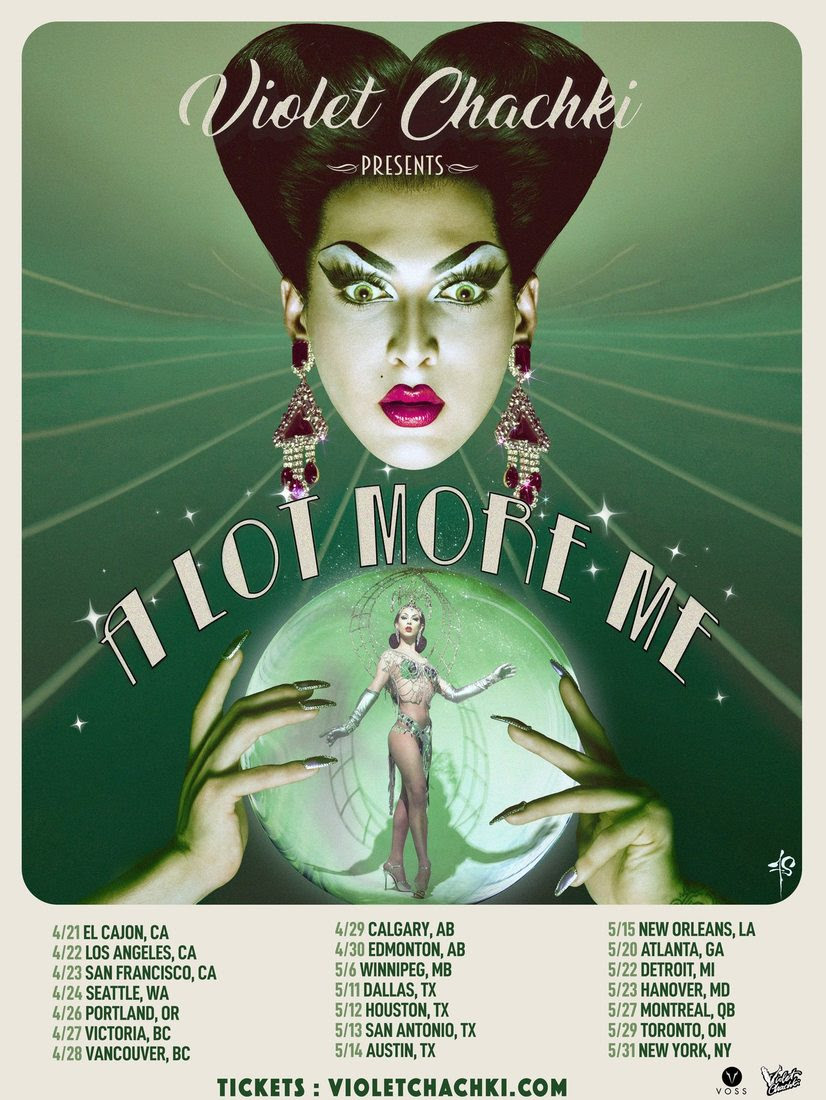 RuPaul’s Drag Race Season 7 winner VIOLET CHACHKI has become an interesting multi-hyphenate drag performer. Yes, part drag queen but Violet has also established herself within the worlds of burlesque AND high fashion, serving up lewks and inspiration to a bevy of designers, mostly in Europe.

In fact, the gorgeous fashionista spends a lot of time in Europe and tours frequently over that continent but now she’s bringing her acclaimed one woman show,  A Lot More Me to North America for a spring tour that kicks off April 21 and makes its way across the U.S. and Canada ending on May 31st and including stops in Portland, OR and at Seattle’s Neptune Theatre on April 24th. We’re guessing this show will be as gorgy as that poster…Violet knows hawt design!

Tickets go on-sale on Friday at 10 AM EST at VioletChachki.com.

More on this amazing performer and tour:

“This show is the culmination of so many years of hard work and growth,” says Violet of the performance. “I’m proud to confidently say that this is the most production value a touring solo drag artist has ever had! It combines all things Violet: drag, burlesque, fashion, circus performance and a healthy sprinkle of self-empowerment. The show is a total labor of love and I’m beyond thrilled to bring it to North America.”

Violet Chachki is a leading drag and burlesque performer, singer, and global style icon known for creating sophisticated performances and entrancing visuals that blend striptease, aerial acrobatics, and fetish aesthetics—while also distorting the gender binary. Since winning Season 7 of RuPaul’s Drag Race, Chachki has expanded her reach and conquered the high fashion and beauty worlds. Named the “Queen of Couture” by Vogue, the drag star has walked in multiple runway shows for top brands such as Moschino, and she’s starred in campaigns for Prada, Jean Paul Gaultier, Huda Beauty, Pat McGrath, and more. Chachki has appeared on countless magazine covers and in high-profile editorials in publications including Vogue, Harper’s Bazaar, V Magazine, Interview, and Love. An outspoken advocate for gender inclusivity, she received the Alan Turing LGBTIQ Award last year for her strides in the community.

Violet Chachki has built a digital following of over 2.5 million including an Instagram and recently launched YouTube channel chronicling her eccentric fashion and beauty looks, and witty commentary of iconic moments in fashion. 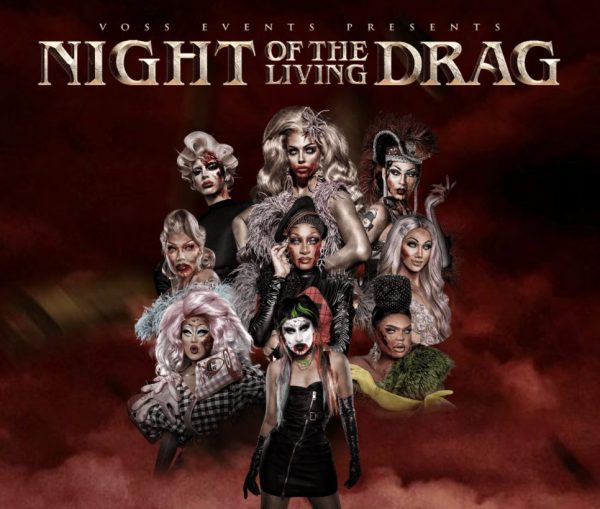 And, the first big Halloween Drag event gets announced for 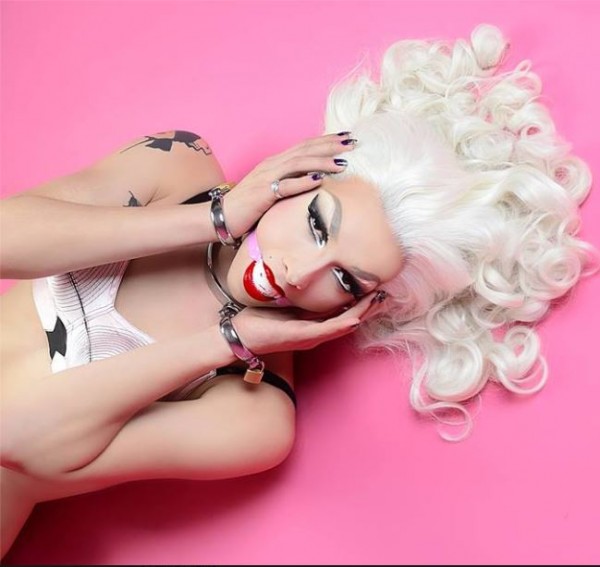 FINALLY!!! Something to do those two dreary days BEFORE the 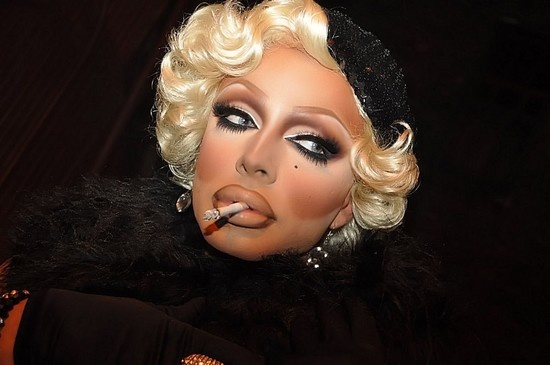 Wednesday is the new Friday. At least during Pride Week.

Things have gone awry for this year’s annual “Gender Blender” 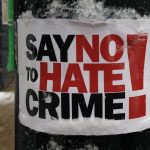 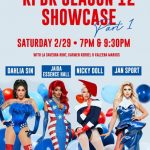 Next: It’s Leap Day! Leap Into All The Fun Events!