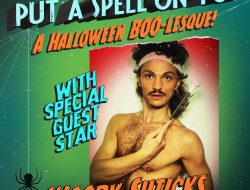 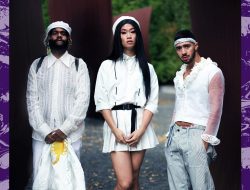 Oh, that Alaska Thunderfuck….she’s the Omnipotent Queen of the World this fall/winter as she releases a new album, a new book, and embarks on a huge tour that will include a stop at Neumos on Capitol Hill…but not until March 5, 2022.

The big new full length album Red 4 Filth  won’t be out until after the first of the year to coincide with the North America tour in support of it but she’s already dropped the first single, “Red” HERE and the video just dropped today, it’s a great, fun, pop disco song! This is a “real” album released by PEG Records/Warner Music Group/ADA and it was written by Alaska (aka Justin Honard), and musical professionals Jay Stolar (Selena Gomez, Demi Lovato), JBach (Chri$tian Gate$), Andrea Rosario (Aloe Blacc), Chester Krupa, Skyler Cocco & Jordan Palmer and produced by Stolar, Jordan Palmer, Krupa & Skyler Cocco. Check it out!

What does Alaska have to say about RED?

And more ‘filth’ via press release:

The “Red 4 Filth” North American tour is Alaska’s first-ever headlining tour and will feature her performing her entire new album along with other fan favorites with a barrage of sickening high fashion backup dancers (2000’s pop-star style) as well as feature her signature brand of comedy for a must-see show.  Ticket prices range from $20.00 for early GA & $25.00 for GA ADV to $95.00 for VIP/M&G and $249 for the Ultimate VIP experience. (SEATTLE: Go HERE to grab tix for the Neumos show on March 5, 2022)

The tour will kick off January 19, 2022, in Orlando, FL, with over 30 additional dates throughout the country & Canada, including New York, Chicago, Los Angeles, Philadelphia, Toronto, and more. A full list of tour dates and venues is below.

AND, everything you need to know about the new book!

In addition to Alaska being one of the most powerful and iconic Drag queens in the galaxy – her captivating story begins as a small-town kid raiding her grandma’s closet. My Name’s Yours, What’s Alaska?: A Memoir (Chronicle Books / $24.95 / November 9, 2021) is her intimate, alluring tell-all book coming this fall.

Of writing the book she says, “People have often asked me, ‘Alaska- if you were to ever write a book, what would it be about?’ The answer is simple- It would be about me, of course. In this book I plan to tell the T, the whole T, and nothing but the T— so help me Goddess. In telling my life story, from my birth until now, I hope to invite you into my world, to set the record straight, and to inspire the children of the world. Because if a poor skinny queer boy from Erie, Pennsylvania can grow up to be an extra-terrestrial starlet of stage and screen, then truly anus-thing is possible.”