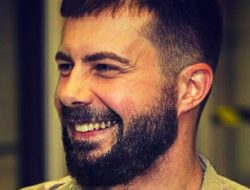 Mayor Pete’s Turn…He Bops Into Seattle For A Town... 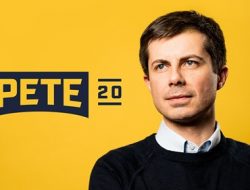 Mayor Pete Buttigieg To Pull Out of 2020 Presidential...

Tuesday, February 25th, Seattle Mayor Jenny Durkan issued and signed an Executive Order to deal with the rise of Hate Crimes/Crimes of Bias in the city. Alarmed by a report from the City Auditor that showed an increase of 400% in these kinds of crimes, especially against African American, LGBTQ+, Jewish and Muslim community members.

The order will help establish “a Hate Crimes and Crimes of Bias work group, led by the Office of the Employee Ombud and supported by the Office for Civil Rights, that will work across departments and with community-based organizations to evaluate current City policies and practices as they relate to hate crimes…”

Seattle (February 25, 2020) – Mayor Jenny A. Durkan today signed a new Executive Order to combat hate crimes and crimes of bias in Seattle. To address this rise and help implement recommendations made by the City Auditor, the Mayor’s Executive Order requires more transparent and robust data sharing on hate crimes, and establishes new grant programs to fund community-based organizations conducting work to prevent hate crimes from occurring in the first place.

“Today we mark an important moment in our work to build a better, more just Seattle. With this Executive Order, we’re taking steps to combat the rise of hate crimes and ensure we’re meeting the needs of our most vulnerable communities,” said Mayor Durkan. “We know that our city is not immune to the rising levels of toxicity and hate in our country. But in Seattle, we know we can and must do better. We are leading with equity and a commitment to learn how the City can address the root causes of hate violence and make our city safer for our most vulnerable neighbors.”

“As hate crimes have risen across the country, we’ve seen the number of reported hate crimes also rise in Seattle, especially among African Americans, the LGBTQ+ community, and our Jewish and Muslim neighbors. Individuals and organizations from affected communities have asked the City to respond, but under current city law, there are limitations to the types of hate crimes the City can prosecute,” said Councilmember Lisa Herbold (District 1 – West Seattle, South Park). “Every person deserves to feel safe, free from harassment, and respected in Seattle. As elected leaders, it’s our responsibility to take action, respond to hate crimes, and prevent future hate and bias crimes from happening. I’m pleased Mayor Durkan, with the guidance of an experienced and diverse working group, will review the city’s hate crime prosecution practices, emphasizing alternative programs that change the ‘hearts and minds’ of those committing the crimes.”

A 2019 report by the City Auditor found that from 2012 to 2019 in Seattle, reports of hate crimes increased by 400 percent. In addition, the report found that African Americans, LGBTQ+ individuals, and Jewish and Muslim communities were most severely impacted by this increase. The report also found that community-based organizations who work with historically marginalized communities sought more robust education, data-sharing and prevention efforts from the City.

The Mayor’s Executive Order does three key things to implement the report’s recommendations and combat the rise of hate crimes:

Final recommendations on how to improve City policies and practices regarding hate crimes are due to the Mayor by October 1, 2020.