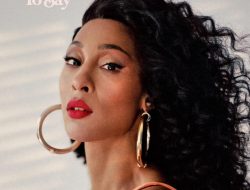 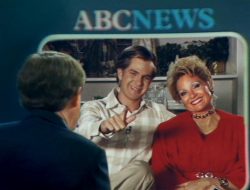 Put this on your holiday shopping list: popular Season Five RuPaul’s Drag Race star Alaska Thunderfuck 5000 has a tell ALL memoir coming out on November 9th, just in time for stocking stuffing!

AND, it’s a REAL book! From Chronicle Books and not some sad self-published mess!

If you’ll remember, she was originally on Season Five, the season where our own JINKX MONSOON was on and who eventually won the title that season. We’re hoping for LOTS of juicy dish on behind the scenes DRAM-UH!

There had better be hair pulling and eye scratching!

(San Francisco, CA) Alaska Thunderfuck 5000 is one of the most powerful and iconic Drag queens in the galaxy – but her captivating story begins as a small-town kid raiding her grandma’s closet. My Name’s Yours, What’s Alaska?: A Memoir (Chronicle Books / $24.95 / November 9, 2021) is her intimate, alluring tell-all book coming this fall.

Of writing the book she says, “People have often asked me, ‘Alaska- if you were to ever write a book, what would it be about?’ The answer is simple- It would be about me, of course. In this book I plan to tell the T, the whole T, and nothing but the T— so help me Goddess. In telling my life story, from my birth until now, I hope to invite you into my world, to set the record straight, and to inspire the children of the world. Because if a poor skinny queer boy from Erie, Pennsylvania can grow up to be an extra-terrestrial starlet of stage and screen, then truly anus-thing is possible.“

My Name’s Yours, What’s Alaska? spills the “T” on key moments, including:

A bizarre cosmic collision propelled Alaska to Earth…and onto the fifth season of “RuPaul’s Drag Race,” where she finished in the final 3 before returning and taking the crown as winner of season two of “RuPaul’s Drag Race All Stars.” She has released three chart-topping studio albums, “Anus,” “Poundcake” and “Vagina”, been a cast member of VH1’s hit reality series “Scared Famous,” released a young adult novel titled “Alaska Thunderfun and the Inner Space Odyssey”, stars as Hattie in the short horror film “The Quiet Room” directed by Sam Wineman and has toured the globe spreading her otherworldly message of love, kindness and gender non-conformity. Alaska also co-hosts the wildly popular Race Chaser podcast with Willam and her YouTube videos boast over 60 million views with 15 million views alone (and counting) for 2017’s “The T.” She has over 1.8 million Instagram followers and over 1.2 million Twitter & Facebook followers. You can watch her first-ever stand-up comedy special “The Alaska Thunderf**k Extra Special Comedy Special.” on the OUTtv USA Apple TV Channel. Alaska co-founded the LGBTQ+ Moguls of Media podcast channel on the Forever Dog Network. Her message to humankind? “If you’re not wearing nails, you are not doing drag.” Find her online at: alaskathunderfuck.com.

Founded in 1967 in San Francisco, Chronicle Books is one of the world’s most admired publishers and distributors of illustrated books, gifts, and games for all ages. Its highly acclaimed list spans art, photography, food, lifestyle, pop culture, humor, self-help, wellness, children’s books, and stationery, among other categories. Chronicle is the home of numerous award-winning authors, bestselling series, and trend-setting titles. Chronicle Books is committed to partnering with artists and writers who represent the diversity of our world and to maintaining an inclusive and equitable working environment for its employees and business partners. For more information visit www.chroniclebooks.com.