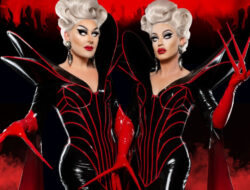 Better Hurry To Snatch Up Those Boulet Brothers Dragula... 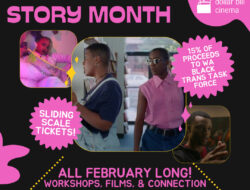 January 25, 2022 Comments Off on Review: Voices Shine In Village Theatre’s “Songs for a New World” But The Songs…Not So Much Views: 277 *Seattle Theaterland, Arts & Entertainment, Musical Theater, Stage

Review: Voices Shine In Village Theatre’s “Songs for a New World” But The Songs…Not So Much

My experience in attending this musical ran along two very, very different tracks. The first track was glorious! I was attending a musical again at Village Theatre and there were four hugely talented performers on stage. I didn’t feel like four was too few;I did not feel like the harmonies were “light” because there were only four singers.

The talented quadruplet filled the stage, harmonized beautifully, and satisfied everything about the performance one could want. Maria Habeeb has a lovely soprano that flows easily and sweetly. Alexandria Henderson has an edge and a keen sense of drama that reflects in her voice. Tyler Dobie’s face showed every single emotion, even fleeting ones, as he felt each emotion in a song. Cal Mitchell is energetic and powerful and sometimes scene-stealing.

This “musical” is really a long string of songs that are disconnected one from another and do not intend to tell a story. So, it produced a lot of solo character work as most songs were for one person to perform. It was woven together, perhaps due to choices enhanced by this particular director (Devanand Janki), by taking moments of the opening song about a new world and sprinkling them in a series of reprises, which was a nice touch (whoever’s choice it was).

Village has strived to make this 1995 music production, song cycle, not-quite-a-musical-not-quite-a-revue into an updated statement incorporating cell phones and current political events. The cast and much of the designers and crew are BIPOC, and since the songs often reference both loss and renewal, the addition of topical material dealing with immigrants, or George Floyd marches, or parents losing children to violence made a lot of sense. The set and light design, by the always meticulous Burton Yuen and Amiya Brown, was inventive and added a lot of movement and context with projections and visuals.

This piece has become popular with colleges and places that like a four-person cast, and it’s not a big surprise that Village might program this piece in the Covid-19 era where smaller cast shows can be safer to produce. But I’m not certain that Songs for a New World survives its mid-90s genesis that well. As I’ll expand on, you might view it today fairly differently than when it was new.

The other “track” I went on while watching this show started almost from the beginning, when Henderson had to sing a song that was clearly supposed to be funny, but was filled not just with casual misogyny, but also anti-Semitic misogyny from the Jewish composer/writer, Jason Robert Brown. “Just One Step” has an angry woman standing on the edge of a balcony or roof threatening to jump in order to get her husband’s attention. But the first things she yells/sings at her husband are about things he hasn’t bought her (furs? really?). The original production most likely made fun of Jewish American Princesses – a terrible stereotype I grew up with. Frankly, that was a real jolt and not in a funny way.

JRB, as he’s sometimes known, has a reputation of being misogynistic in his works. I guess this first effort was prophetic in that way. In the ‘90s, I might also not have “noticed” these tendencies, nor felt that they stood out. But we’re all getting sensitized these days about areas we used to gloss over or take for granted.

So, then I started wondering if these terrific actors felt similarly about the songs, and then I wondered if they had difficulty singing those parts, and then I started feeling sad for them and… it was very hard to simply forget and move on to enjoy other songs.

His music is really well composed. The small orchestra, helmed by Tim Symons, did a lovely job putting that over. However, Brown’s limited, cliché’d vocabulary caused people to always be “flying” and “shining” and his lyrics got tiresome.

Part of me really wants to encourage folks to go to see it. If my trigger warnings help you skip over the difficult parts so you can enjoy these four talents, then that’s a good thing. They are singing their hearts out every show.