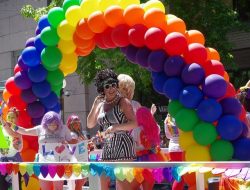 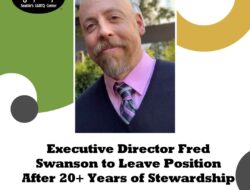 End Of An Era As Fred Swanson Steps Down...

It’s one of the “love it or hate it” events of the year in Seattle, Summer Edition. It’s Capitol Hill Block Party and it’s back LIVE and in person for July 22-24 (the other problem child event is SeaFair….though to be fair, I’m also sure there are lots of people annoyed by the madness caused by Pride every year so there’s always someone who’s gonna kvetch about any/all events.) As for CHBP, fans of contemporary music and music festivals mostly love it while some Capitol Hill locals hate it, especially some of the businesses near it who don’t necessarily prosper while it’s going on.

It’s also funny how some people hate it until the year the Block Party books an artist they love (like Lizzo) and then all of a sudden it’s “oh, the Block Party isn’t so bad! They got LIZZO and I WUV her!!!!! (squeal)”

This year’s “Lizzo” is the rising pop darling, singer/songwriter Charlie XCX...she’s not queer but she’s an LGBTQ ally and delightfully talented (and, BRITISH…we love our Brit artists…until they cancel their Vegas residencies!) so we’re guessing a few LGBTQ fans will show up to check out her set.

And, then there’s Diplo…oh, THAT Diplo. Or, “Dipshit” as Chelsea Handler lovingly calls him. He’s still eye candy for the gay guy…despite his alleged predilection for dating teenaged TikTok girls. Which he denies…and, those allegations about sex misconduct which he also denies. Still…he’s palsy with Lil Nas X. So, he MUST be cool, right? When he’s not “up the Nile without a paddle”….

Johnson and the Daydream State team learned a lot about safely throwing a festival during the pandemic in September 2021, when they hosted a multi-day event on the Seattle Center grounds called Day In • Day Out. “We’re wide-eyed about the fact that we’re still very much living with the pandemic, but confident we’ll be able to hold a safe, enjoyable event that brings the local community together,” he said.

Joining a strong lineup of national and international artists are a host of Northwest bands including blues rockers The Black Tones, Tacoma buzz-band Enumclaw and soul artist JusMoni.

“Providing a platform where local artists can continue to grow from the additional exposure is an important way to unify the local community and preserve our fiercely independent and artistic nature,” said the event’s associate producer, Kate Harris. “That’s more important than ever since local bands haven’t had as much of an opportunity to tour or perform locally. It’s a great opportunity for them to share a bill with renowned national headliners.”

To build upon the holistic cultural experience and energy of the festival, Capitol Hill Block Party will also host free community events and activities throughout the neighborhood. More details will be available later this year as the festival approaches.

“With our three-day festival as the centerpiece, we’ve worked hard to develop additional free programming that benefits the residents of Capitol Hill, our fundraising partners and Seattle at large,” Harris said. “The entire neighborhood will be alive with activity this summer during the best weekend of the year.”