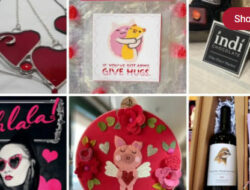 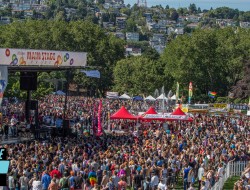 You might think that Covid-19 might make folks more cautious about getting up and close and RAAAAAAL personal with one another and while that might have been the case in the early days of the pandemic, things have reverted back to “normal” when it comes to the spread of Sexually Transmitted Diseases like syphilis.

And, now syphilis infections are at record highs in the Seattle/Tacoma/Everett metro area and particularly so among men who identify as gay and bisexual…they are a whopping 72% of new infections in King/Pierce and Snohomish Counties.

That’s not a statitistic we need to embrace.

Note: it’s highly unlikely you would get syphilis from any sort of casual contact…this includes from a toilet seat. That’s an old wives tale. Syphilis is spread via intimate contact via mouth, anus, vagina OR (and very sadly) contracted via pregnancy where the syphilis is spread to the unborn child.

How do you prevent getting syphilis? Well, there’s always the preachy “Don’t have sex!” or “Only be monogamous!” options which sound both judgy and puritanical not to mention bordering on the unrealistic for many folks. Perhaps a better way to put it would be, “If you’re regularly having sex with different partners, be aware of risks and symptoms and take necessary precautions like using a condom”.

The new “Syphilis is Rising” campaign includes a very handy website with tons of information on it including lists of symptoms (and some rather scary photographs…) and lists of places to GO in the King/Pierce/Snohomish County area where you can be tested. That’s VERY handy if you don’t have a regular doctor or you’re nervous about getting “judged” by going to your regular health providers.

Go to https://syphilisrising.com/ for more information!