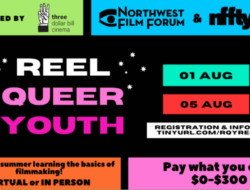 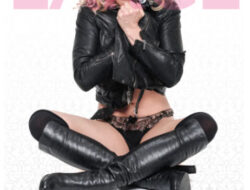 Seven years? We could have sworn this popular Boylesque event had been going on MUCH longer than that?!!!?! After all, Seattle is a HUGE town for the BurlyQ arts and especially the male branch of boylesque. (I prefer MANlesque because…HELLO! No one wants to see Boys doing a Man’s Job!)

Thirtsy Girl Productions is thrilled to present this year’s festival, once again back at The Triple Door, on Friday April 8th and Saturday April 9th with hosts  Ernie Von Schmaltz & Shelly Watson.

Tickets, more info and tons of sexy pix are available at: https://www.boylesquefestival.com/

Celebrate with hosts Ernie Von Schmaltz & Shelly Watson as we welcome back an all-star cast of boylesque, variety, and circus performers to the glorious stage.

The festival kicks off Friday April 8th with Seattle’s own infamous and always hilarious, Ernie Von Schmaltz and features over a dozen glamorous performers to rev your motor for a weekend of gender-bending boylesque! Featured performers include Mod Carousel (Seattle), Mr. Gorgeous (NYC), Samson Night NYC)

For a complete festival line up with photos please visit