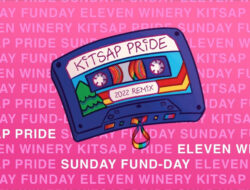 Now, we KNOW some of you bitchez are good home cooks and bakers….we SEE you posting photos of all your home made savory and sweet treats in the comfort of your own homes.

If you’re confident with your skillz and anxious to jumpstart your brand by appearing on a national reality TV cooking show, then get ready to audition to be part of the America’s Test Kitchen Team!

Yes, the beloved cooking/baking show/magazine/book empire is teaming up with an unknown national streaming service for a new competition show to find a new on-air cook to appear on their weekly show, mostly seen on PBS stations. Here’s your chance to become a STAR (since your drag career ain’t taking off…)

Here’s the info provided at the link along with the form you have to fill out:

HOW TO APPLY: Please complete the form locagted at AMERICASTESTKITCHEN.CASTINGCRANE.COM

FILM DATES:
The filming will likely be scheduled within the window of late May thru early July 2022 (subject to change by the Producer in its sole discretion) over 4-5 consecutive weeks.

DEADLINE:
Completed applications and video submissions must be received by Friday, April 15, 2022 at 12pm PST* to be considered, BUT REMEMBER, THE SOONER THE BETTER!

*We reserve the right to extend the application deadline at our sole discretion.

One Response to Casting Notice: America’s Test Kitchen Is Looking For Contestants For New Reality Show