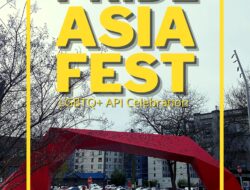 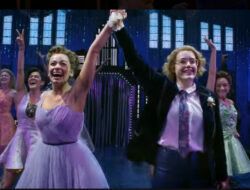 The Heartwarming LGBTQ+ Musical “The Prom” Opens Next Week...

Health officials in the United States and Europe are issuing warnings and guidelines concerning the recent outbreak of monkeypox in several locations on both continents. There’s also evidence that monkeypox is being spread by skin to skin contact among “men who have sex with men” (that term is used by health agencies since not all men who have sex with men identify as gay). Monkeypox is a viral infection that is mostly spread by being in contact with the infected sores that the virus creates…in other words, you can’t really get monkey pox by just standing by someone with it; there needs to be some actual contact involved with the sores.

Great…that’s all we need. Another disease to “blame” gay men for.

Monkeypox is pretty gross but it seldom kills; it has a less than 1% death rate. Mostly you get flu like symptoms and those disgusting sores. It’s from the same family as the far more deadly smallpox which was eradicated in the mid/late twentieth century through the smallpox vaccination. What THAT means is, if you’re older and received a smallpox vaccination, you’re unlikely to get monkeypox (though it is still possible; you should still practice caution if in close physical contact with anyone with monkeypox).

Until recently, monkeypox was a disease mostly seen in equatorial Africa and even there it wasn’t especially widespread. But, because people haven’t been vaccinated against SMALLPOX since it was officially declared eradicated in 1980, it’s allowed monkeypox to gain a toehold and grow in strength as fewer and fewer people have natural or acquired immunity to smallpox.

The recent surge in cases in Europe and now the United States among gay men is being linked to certain super spreader events in Europe in recent weeks….a gay pride festival in the Canary Islands, a fetish festival in Belgium and possibly a gay sauna in Madrid, Spain.

The spread of cases among gay men has led to fears that monkeypox could be labeled as a “gay disease” much like AIDS was in the 1980s. However, unlike HIV/AIDS which was mostly spread by the active exchange of bodily fluids like blood or semen via intercourse or shared use of IV needles, monkeypox isn’t exclusively shared in the same way. And, fortunately, monkeypox isn’t as deadly as HIV/AIDS was in the 1980s/90s before effective treatment.

So, down below find the official release from King County Public Health about the spread of Monkeypox…and, of course, EVERYONE should be aware of this since its spread is based on skin contact…there’s nothing actually GAY about monkeypox other than the fact it seems to have gotten a toehold in the community before any other.

I’m going to include some photos of people with monkeypox at the bottom of this post…they are pretty gross so consider this a trigger warning if you find such images to be unduly traumatic.

Multiple areas in the United States and Europe, including King County, have identified cases of monkeypox over the period of the last several weeks. Many cases occurred in men who have sex with men.

Monkeypox is a viral infection that can spread through contact with body fluids, monkeypox sores, or shared items (such as clothing and bedding) that have been contaminated with fluids or sores of a person with monkeypox. Monkeypox virus can also spread between people through saliva or respiratory droplets, typically between people in a close setting. Although monkeypox is not generally considered a sexually transmitted infection, it can be transmitted during sex through skin-to-skin and other intimate contact.

People with monkeypox sometimes develop a flu-like illness with fever, fatigue, and enlarged lymph nodes followed by a rash (see pictures). In other instances, people just develop a rash or a rash and swollen lymph nodes, which can occur on the genitals. People usually develop monkeypox 7-14 days (and up to 21 days) after being exposed.

Most people with monkeypox have a mild illness that improves without treatment over 2-4 weeks, though some cases can be severe. Monkeypox is contagious and can spread to others until the skin rash has all healed and scabbed over.

We do not yet know how many people in our area have been infected with monkeypox or how widespread the epidemic could become. Public Health urges you to limit the number of people you have sex or close physical contact with while we learn more about the current outbreak.

If you develop symptoms, particularly a rash consistent with monkeypox, or if you have been in contact with someone who has been diagnosed with monkeypox: