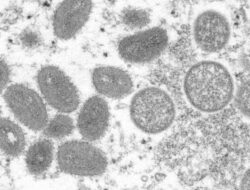 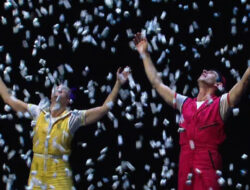 It was the “feel good” musical of 2018, that won the hearts of thousands of fans who saw it off-Broadway then on Broadway where it earned 7 Tony Award nominations. It’s THE PROM, the little musical that could, about a lesbian high school student who is banned from bringing a female date to her prom. Four has been Broadway actors decide they’ll go to the small town where the girl lives to help her achieve her dreams while also hopefully giving thmeselves a much needed career boost.

With music from Matthew Sklar, lyrics by Chad Beguelin and a book by Beguelin and Bob Martin, the show earned raves from its ardent admirers especially members of the LGBTQ+ community who loved its positive storyline and upfront presentation of gay and lesbian characters.

The Prom became even more known when it was adapted by uber producer Ryan Murphy into a super star studded filmed version for Netflix that dropped in December of 2020 and featured Meryl Streep, Nicole Kidman, James Corden, and future Oscar winner Arianna DuBose as the closeted girlfriend of the main character.

Now, The Prom is on a nationwide tour and will drop anchor at Seattle’s beloved 5th Avenue Theatre beginning Tuesday, May 31st and running through Thursday, June 19th. Tickets are available at: https://www.5thavenue.org/shows/2021-2022/the-prom/

The 5th Avenue will also be offering up a very super special Pride Night for The Prom on Tuesday, June 7th with $5 of the ticket price going to Lambert House, the Seattle non-profit organization for LGBTQ+ kids!

If you want tickets for Pride Night, go HERE: https://www.5thavenue.org/shows/PRIDE