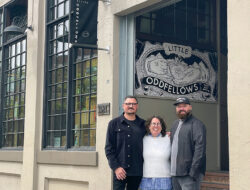 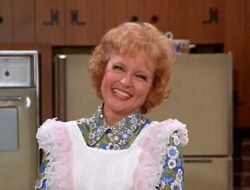 The woman who combines all those interests is the celebrated Ruth E. Carter, the Oscar winning costume designer behind the iconic costumes in the Black Panther film not to mention work stretching back 40 years and including many of Spike Lee’s films including Do The Right Thing, Malcolm X and Crooklyn but she’s also designed costumes for Amistad, Selma, The Butler, Coming To America 2 and many other films and television shows.

She’s now the focus of a new exhibit at MoPop, the Museum of Pop Culture that is opening this weekend and with a big opening night party on Friday, June 17th with Ms Carter herself in attendance. It’s  Ruth E. Carter: Afrofuturism in Costume Design  and it’s a must see for fans of costume design and Marvel films.

More on the party and the exhibit:

(no big deal, but Ruth Carter already RSVP’d to this one)

Celebrate Ruth Carter and her stunning work with us for an evening to remember. Take part in learning exercises that walk you through the genius behind Carter’s creative process, hear from the legend herself with a Q+A sesh, get down on the dance floor with DJ Lady Love, and more.

And, about the exhibit itself:

An Academy-Award winning costume designer, Ruth E. Carter’s career has defined generations through her work in film and TV. Her art adds dimensionality, flair, and culture to the characters she envisions, giving power to the incredible actors that wear them. Her vibrancy and attention to detail in costuming is integral to translating stories of race, politics, and culture to the big screen. From humble roots in Massachusetts, Ruth Carter has been helping style the Afrofuturism movement for almost 40 years.

MoPOP is proud to display more than 60 of Carter’s original garments while also showcasing her immersive process, historical research, and attention to detail that imbues every project she brings to life.