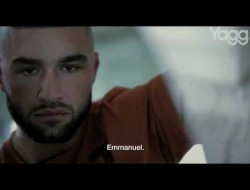 MAN AT BATH – Playing at SIFF!

May 17, 2011 Comments Off on You Will Believe….Cher Trivia Night at Lobby and “Becoming Chaz” wins best feature at Translations. Views: 1344 Arts & Entertainment, Film, Film Events, Nightlife

You Will Believe….Cher Trivia Night at Lobby and “Becoming Chaz” wins best feature at Translations.

7:30pm. They’re expecting every Gypsy, Thief and Tramp in town to be there… Translations: The Seattle Transgender Film Festival wrapped up a groundbreaking four-day run on May 15 with record attendance — up 25% over 2010. The Opening Night film, BECOMING CHAZ, screened to a packed house at AMC Pacific Place and the Opening Night party at Sixth Avenue Inn allowed for film-goers to meet and talk about the film programs, which included 20 films representing seven countries.

“I was happy to see the diversity of attendees at the festival,” said Jason Plourde, Programming Director for Three Dollar Bill Cinema.  “People who identified as LGBTQ (lesbian, gay, bisexual, transgender or queer), or none of the above, came together to watch great films and to discuss the issues facing the transgender community.”

The festival and films were interesting, challenging, touching and educational, encompassing a diverse cross-section of the trans-experience in an inclusive environment.

Translations is one of only a handful of transgender themed film festivals in the world.  This year, the festival celebrated its sixth anniversary.

Cresdan Maite is one of the festival’s founders: “Transgender film has changed and grown over the last six years.  Filmmakers are developing their stories more. Documentaries are shifting from simple transition stories into larger explorations of our lives as people. This is exciting progress.”