Labor Day Weekend is upon us–a weekend when Hollywood dumps the movies it doesn’t know how to market elsewhere in the year. Not quite summer blockbusters, not quite shameless Oscar-bait. Here’s what ya get from the big studios: Labor Day Weekend? You're looking at it.

Shark Night 3D: I was disappointed in Piranha 3D and this looks about a thousand times worse. So, no.

The Debt: Helen Mirren plays a spy again, but this time as the grown up version of the spy character played by Jessica Chastain who hunted down a Nazi war criminal in Eastern Germany. Cheesy accents aside, this one looks pretty good.

Apollo 18: “Blair Witch on the Moon” or “Please Put Down the Camera While Fighting Aliens”

Went the Day Well? (1942) Directed by Alberto Cavalcanti. The story of Germans posing as British soldiers in a small English town was a classic piece of British propaganda, recently rediscovered and restored by the British Film Institute.

Superstition (1982) A haunted house is cursed by a witch put to death in the 1600s. The trailer really speaks for itself. Must see!

On Monday the lovable duo from Collide-O-Scope to return to Central Cinema with their latest: From Uncle Walt’s Vaults. The rarely-seen dark side of the Disney empire comes out in full force.

Some of us are still mourning the loss of the 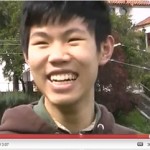 Next: PSA of the Day: Meet adorable Kyle from Colage, the support group for kids with LGBT parents.