The Tony Awards showered the very gay musical “Kinky Boots” with 6 awards including Best Musical and a Best Score award to Cyndi Lauper and Best Actor to Billy Porter, pictured left in photo.

The Gayest Award Show of the year happened Sunday night, and a very queer musical grabbed a buttload of Tony Awards. (Note: Yes, the Tonys are gayer than the Oscars…Theater always out gays Film.)

“Kinky Boots”, the new hit musical based on a movie that no one saw, snagged 6 awards out of 13 nominations, including Best Musical and a Best Score Tony Award for pop icon Cyndi Lauper, the first woman to ever be so honored. Both lead actors, Stark Sands and Billy Porter were nominated for Lead Actor in a Musical, but Porter grabbed the Tony as the saucy drag queen Lola. The huge success of “Kinky Boots” means you can expect it to hit the road on a national tour within the next year, and it’s highly likely it’ll hit either the Paramount or the 5th Avenue in the 2014/15 season. Also: you can expect to start seeing lots of theater loving drag queens performing songs from this very queer show.

Check out the cast of “Kinky Boots” performing at the Tony Awards.

AND, the huge success of “Kinky Boots” certainly heralds the comeback of Cyndi Lauper…fans of the “Girl Who  Wants To Have Fun” can check her out next Sunday, June 16 at Tacoma’s Pantages Theatre when she bops in as part of her national tour to celebrate the 30th anniversary release of her debut album She’s So Unusual! which shot Cyndi to stardom. Tickets are still available and it’s a rare chance to celebrate with Cyndi as she takes her Tony Award victory lap.

Beloved gay playwright Christopher Durang finally found mainstream Tony love with his Best Play win for “Vanya and Sonia and Masha and Spike”, his black comedy about a trio of siblings heavily influenced by the plays of Anton Chekhov. It was the only only Tony won for the play, which also earned 4 acting noms including one for out actor David Hyde Pierce, but no love for frequent Durang star and muse, Sigourney Weaver, who has known the playwright since their college days at the Yale School of Drama.

The hit revival of “Pippin” grabbed the Best Musical Revival Tony, (guessing that this show will hit the road as well), and the revival of Edward Albee’s classic play “Who’s Afraid of Virginia Woolf?” won for Best Play Revival. A production of “Virginia Woolf” is already on Seattle Rep’s schedule for next season.

And, finally,  Neil Patrick Harris once again won kudos for his work as this year’s host of the Tony Awards, the 4th time he’s been called to helm the show. Here’s his big opening number:

AND, another hot musical that did well, “Matilda, the Musical”:

Here are all the winners for the 67th Tony Awards:

BEST BOOK OF A MUSICAL
“Matilda, The Musical” Dennis Kelly

BEST REVIVAL OF A PLAY
“Who’s Afraid of Virginia Woolf?”

BEST REVIVAL OF A MUSICAL
“Pippin”

BEST PERFORMANCE BY AN ACTOR IN A LEADING ROLE IN A PLAY
Tracy Letts, “Who’s Afraid of Virginia Woolf?”

BEST PERFORMANCE BY AN ACTRESS IN A LEADING ROLE IN A PLAY
Cicely Tyson, “The Trip to Bountiful”

BEST PERFORMANCE BY AN ACTOR IN A LEADING ROLE IN A MUSICAL
Billy Porter, “Kinky Boots”

BEST PERFORMANCE BY AN ACTRESS IN A LEADING ROLE IN A MUSICAL
Patina Miller, “Pippin”

BEST PERFORMANCE BY AN ACTOR IN A FEATURED ROLE IN A PLAY
Courtney B. Vance, “Lucky Guy”

BEST PERFORMANCE BY AN ACTRESS IN A FEATURED ROLE IN A PLAY
Judith Light, “The Assembled Parties”

BEST PERFORMANCE BY AN ACTOR IN A FEATURED ROLE IN A MUSICAL
Gabriel Ebert, “Matilda The Musical”

BEST PERFORMANCE BY AN ACTRESS IN A FEATURED ROLE IN A MUSICAL
Andrea Martin, “Pippin”

BEST COSTUME DESIGN OF A PLAY
Ann Roth, “The Nance”

BEST SOUND DESIGN OF A PLAY
Leon Rothenberg, “The Nance” 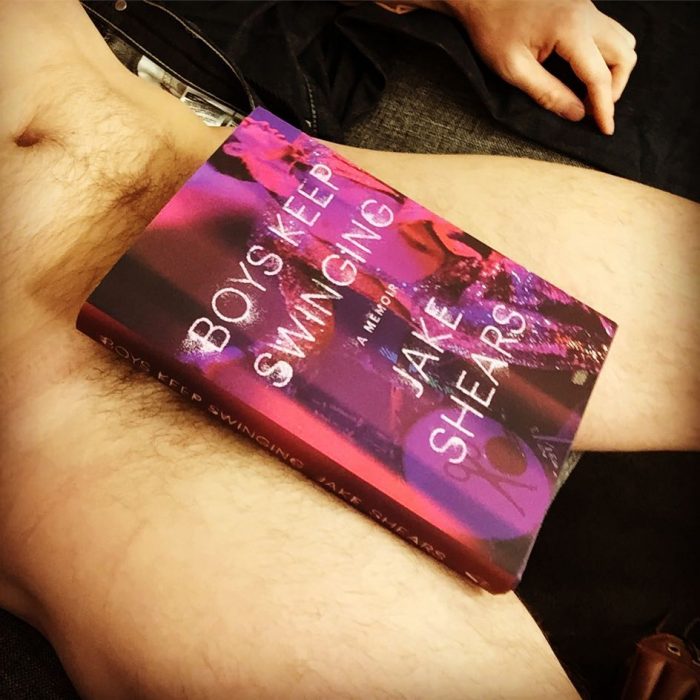 All The Jake Shears News Fit To Print With His New Memoir, B’way Gig and Upcoming Album

In a nutshell, it appears Scissor Sisters’ frontman and Seattle

The cast and creators of the Tony Award winning Broadway

“Kinky Boots” Is Back…It’s Still A Lot Of Fun

The national tour of the Tony Award winning musical KINKY 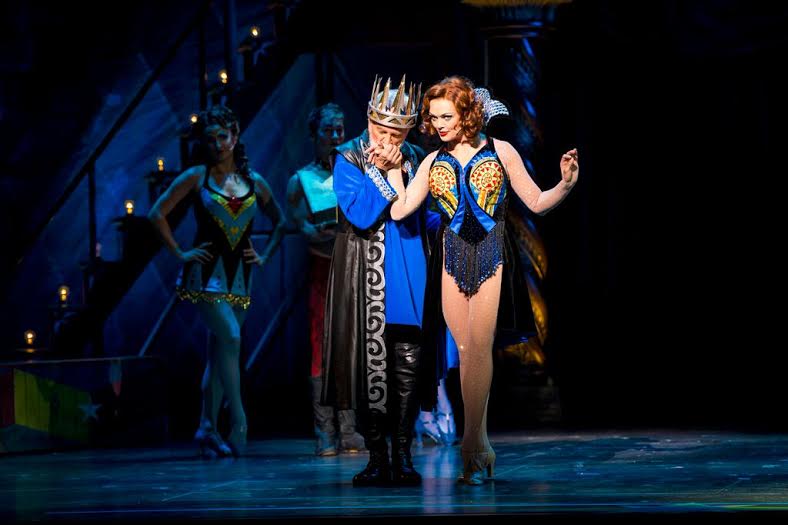 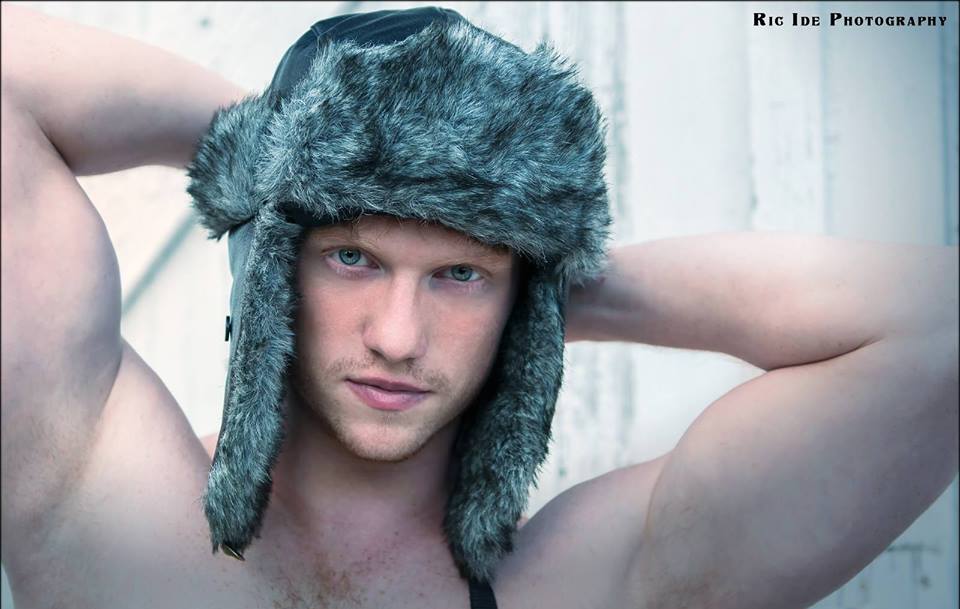 Actor/dancer Ricky Schroeder gets all dolled up as one of 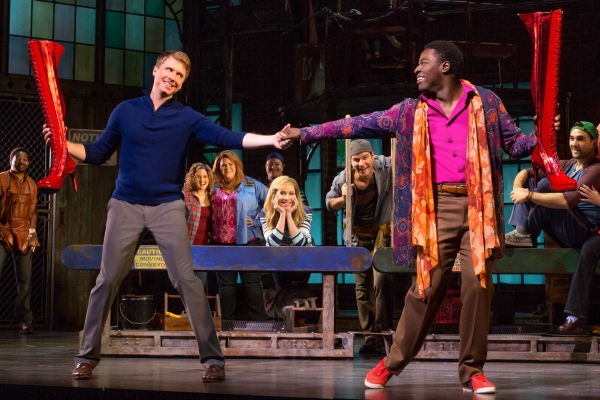 “Kinky Boots” Is A Deliciously LIGHT Musical Romp…But, Why Doesn’t The Queen Get A Romance?