Trans*Parency Is An All-Ages Show For EVERYONE!!! 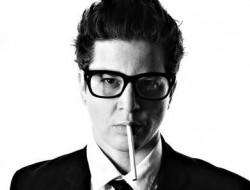 I think there’s only one name left to be named after today’s annnouncement that King County Executive Dow Constantine is to be a community grand marshal for Seattle Pride’s Parade on Sunday, June 29. I wonder who will win the final Golden Ticket?

For his unwavering commitment to help the LGBTQ community of Washington State in the fight for equal rights, Seattle Pride has the great honor of announcing King County Executive Dow Constantine as a Community Grand Marshal of the 40th Anniversary of SeattlePride. Executive Constantine has been a long time ally to the LGBT community, partnering with leaders like Mayor Ed Murray and Councilmember Joe McDermott for the advancement of pro-LGBT legislation.

Executive Constantine has fought for our cause throughout his career. He challenged DOMA as a state legislator. He co-sponsored the Washington State Civil Rights Act of 2001 and the Civil Union Bill as a member of the State Senate. In April of 2006, after co-sponsoringlegislation protecting gender identity from discrimination, then Councilmember Constantine; told the press that even though “we do not have the power to end bigotry. That is a matter for the individual human mind and heart. In banning discrimination and putting into law the fact that we will not tolerate people being treated unfairly, we set the stage for bigotry to slowly abate.” In January of 2012, he was working to change the minds and hearts of those in the legislature who remained uncommitted on marriage equality. He became actively involved in the R74 campaign, raising money and encouraging voters to pass same-sex marriage. By December of that year, he personally issued the firstmarriage licenses to same sex couples in Washington State. Earlier this month, Executive Constantine told Seattle Pride that “great progress has been made, but none of us should rest until there is full equality in our nation and throughout the world.”

Join us in celebrating one of our greatest allies, King County Executive Dow Constantine, on Sunday June 29th in downtown Seattle during Generations of Pride, the 40th Anniversary of Seattle Pride. The contingency will be led by Celebrity Grand Marshal George Takei and Community Grand Marshals; Aleksa Manila, Zachary Pullin, Danielle Askini, Three Dollar Bill Cinema, Gay City and Out In Front.

(Don’t be stupid…Cher does not appear in broad daylight. Not flattering.)