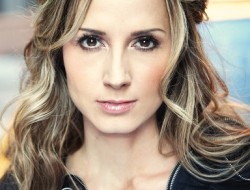 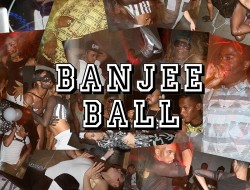 Seattle is BURNING! Purple Crush/Banjee Ball Is Looking For...

Gay activist/Seattle Pride co-founder David Neth snuck into Seattle Center to hang this banner in 1974. Hear his story and others in the amazing short documentary commissioned by Seattle Pride to honor 40 Years of Seattle Pride.

This is an eleven minute break you really must take this very busy week. Seattle Pride commissioned a documentary film project from Seattle area filmmakers, Kontent Partners to document the history of Seattle Pride as it celebrates its 40 year anniversary this week. The result is a fascinating but frustratingly brief look back at that first Pride celebration in 1974 with commentary from surviving founding members of the group that put that celebration/protest together, as well as reflections about our current expressions of Pride from noted members of the community. This short film is well worth your time to check out, not only for the history but for the emotions the film evokes.

The filmmakers are also at work on a full length film focusing on the last 40 years of Queer Seattle Pride celebrations. No specific release date has been given; we’ve heard rumors of fall, in time for the Seattle Lesbian & Gay Film Festival. We’ll keep you posted.

Seattle Pride in conjunction with Kontent Partners are honored to announce the release of a short film commemorating the 40th anniversary of Pride in Seattle.

The film outlines the beginnings of Pride Week in 1974 as well as the lasting change it created featuring interviews with the original organizers and participants of that event: David Neth, Bruce Paris, Tom Hubbard and Patrick Haggerty of Lavender Country. Contemporary members of the LGTBQ community like Mayor Ed Murray, Council Member Sally J. Clark, Jinkx Monsoon, and George Bakan touch on the struggles and successes in Seattle’s LGBTQ community and weigh in on the continued importance of Seattle Pride as the city and LGBTQ community continue to change.

The film can be viewed at www.seattlepride.org

A longer length film will be produced following this year’s events as film crews capture all of the 40th Anniversary celebrations to include in the final film.

“Seeing and hearing the stories from the early Seattle Pride activists reminds us of the struggles and battles that have brought us to where we are today”, says Adam McRoberts, Communications Director for Seattle Pride.  “We have these early activists to thank and honor for the LGBT rights movement; they paved the way for decades of advocacy on behalf of the LGBT community.”

Many of the activists in the film will participate in the Seattle Pride Parade on Sunday, June 29th, riding on the Official Seattle Pride float.

The film was Produced and Directed by Kontent Partners, Michael Bini, Kort Havens, Tina Meadows, and Alex Berry in coordination with Seattle Pride.  Find out more about Kontent Partners at  www.kontentpartners.com