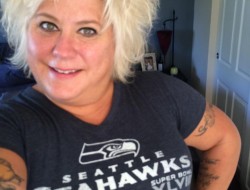 Purr’s Barbie Is The Ally Who Finally Got Something... 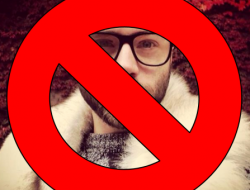 Over the past few weeks, Facebook has been cracking down on something that they apparently deem to be a super important issue and that issue is people who are masquerading across Facebook with a fake name. As you know, many drag queens around the Emerald City have two accounts: one for their regular life and one for their scene queen escapades.

Not entirely, I should say. The most recent victim of the Gaydolf Hitler Gestapo Brigade was Cherry Sur Bete, who was forced to shed her drag name for Facebook in favor of a new pseudonym. About three or four months ago, Seattle legend Gaysha Starr also fell victim to the cause, flipping the script to her equally as sexy boy name. But, how do we stop it?

You can’t, really. Here at Seattle Gay Scene, we hope that nobody else has to suffer the same fate, but it’s all the more reason to be nice to your friends, family, and most importantly your fans. Nobody should be able to find out about your drag page unless they report you. So, if you’re a c*nty queen… watch yourself!

Now, who here wants to bet that Olivia LaGarce is the next to get the boot?

Editor’s Note: I bitched about this last night on my personal FB wall and the lovely Seattle Burlesque star Miss Kitty Baby posted this possible work around:

It’s part of their Terms of Service, it’s just that everyone got away with it for so long. They started cracking down about a year ago. You can get a DBA as a work around. http://www.sba.gov/…/register-your-fictitious-or-doing…

It’s worth a shot. I know others have taken the tedious route of going through the channels at Facebook to prove they’re entitled to use their stage names. But, it is a huge pain in the ass.