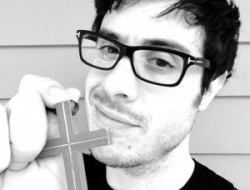 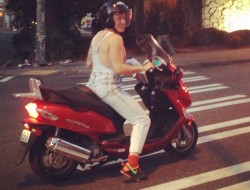 October 16, 2014 Comments Off on Review: “The Vaudevillians” Is A Lighthearted, Boozy Romp Views: 1716 #Theater and Stage, Arts & Entertainment, Drag, Stage

Review: “The Vaudevillians” Is A Lighthearted, Boozy Romp It’s a bit less likely, given a set of statistics, that a majority of current subscribers of the Seattle Repertory Theatre would think that the only criteria that counts is talent and fun. That is pretty much the open question. The Vaudevillians stars two brilliantly talented young men who have developed a storyline that is a hoot: a married vaudeville couple has been frozen in the Antarctic for dozens of years and having been recently thawed and revived have resumed their vaudeville performances.

Kitty Witless (Jinkx) and Doctor Dan Von Dandy (Major Scales) (though he wasn’t ever apparently a doctor) inform you that you have been hearing “song covers” for years that you thought were really by Britney Spears and Janis Joplin. Noooooo! These were written by Kitty and Dan years ago and they are going to sing you the O-riginal versions.

It’s a spectacular spectacle. Kitty dresses in beauteous and period appropriate gowns and Dan slicks back his hair and pounds on the keyboards and they both spend about 90 minutes describing their amazing adventures. There is also some audience participation for the wary and the unwary. If you sit anywhere in the first several rows, you might get Kitty seated on your lap. Be warned.

Some unlucky sod (umm… lucky individual) will get pulled up on stage to be physically played with in outrageous fashion. There is a bar there and you might want to take full advantage of it before you ever sit down. In fact, this show is pretty much a bar show. Plunking it on a tony stage kind of disrupts its campy charm and makes it seem like it should be more “serious” than it is. But if it’s your kind of fun, then who cares! That’s where you have to go to see it.