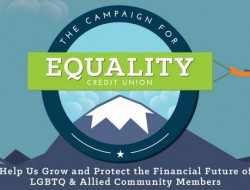 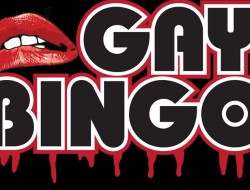 Love and Lust in Queer Seattle: The Case for Exes Hi y’all. Ryan here. Some of you know me from volunteering at the Gay City Health Project, singing for Seattle Pride Idol, or my work in tobacco cessation and weight loss coaching. Or maybe I’ve left my boxers at your place.

For those of you I have yet to meet (a’wink) allow me to introduce myself as Seattle Gay Scene’s newest writer. Each week you’ll see a new installment of my humble insights into the Emerald City’s queer relationships. Disclaimer: I am not a clinical psychologist, couples therapist, widower of 35 marriages, sex messiah, or any other professional role to whom you would pay thousands of dollars for advice. Rather, I’m an observant, opinionated behavior change coach with too much dating experience for his own good. My goals? 1.) To share some thoughts on how the city’s LGBT community connects to itself and others, and 2.) To hear yours. Things are gonna get sexy, explicit, offensive, and endearing.

We’ll begin this “Love and Lust in Queer Seattle” journey by starting at the end. Some of the most influential relationships are those that have fallen apart or changed. If you’re anything like me, you have a few former flames flitting about the city. Have you ever run into a previous paramour at R Place, thinking “How the hell am I going to handle this?”

Straight folks generally cut ties with their exes, which works well when you have a gajillion other straight folks to date/fuck/marry/whatever. There are far fewer bridges in the queer network, so burning one cuts you off from potential friends, future lovers, job options, and perhaps a portion of your own community.

There are two alternatives to burning bridges. One: produce fewer exes. PS, this option sucks. In the age of marriage equality—which kindles the gay community’s activist passions while simultaneously triggering our non-conformist gag reflex—there’s already enough pressure to find THE ONE by the time you’re, like, 23.

The other option: accept the fact that you will produce exes as you learn and grow, but maintain ties rather than sever them.

Straight girlfriends of mine struggle to wrap their heads around the fact that I remain friends with so many ex-boyfriends and former lovers. “You’re still friends with Kevin? But, like, why?” Because gay people connect for a reason. We seek out others like us for a sense of community, for love, for sex, and for shared knowledge that was not—could not have been—passed down to us by our straight families. Who first shared your enthusiasm for your favorite gay films and books? Who introduced you to hook up apps? Who took you to gay bars around town and introduced you to new friends? Who did you come to when you experienced firsthand discrimination for being queer? If you replied “A boyfriend/girlfriend/ex at the time,” it sheds light on the fact that we need each other. Sure, gay men are known for starting friendships with sex, and lesbians are stereotyped for starting friendships as partnerships. These are still natural ways to form friendships for a community that doesn’t always have the luxury of a sexual adolescence during our actual adolescences, and while this adds to our roster of exes, it intimately connects us as a tribe. A horny/codependent, serial dating/serial monogamist, two-degrees-of-separation tribe.

(For readers thinking “That’s not me at ALL,” don’t worry, your article will come.)

The case for exes is this: queers are most successful when we stick together. Ending communication with someone after breaking up should be the last resort, even if it’s the easiest. Sure, those first few post-breakup kikis over coffee are awkward. Like, really awkward. And if your relationship was based solely on sex—or on the singular intent of getting hitched—then there may not be a friendship to resuscitate in the first place. But if you two gravitated to each other for shared interests and trust, it’s possible to hit your groove again and develop your friendship into what you want it to be.

If your relationship didn’t end in betrayal or malice, contact your ex after you’ve both healed. Acknowledge awkwardness if it’s there, share a laugh about it, and state your intent to remain friends. You two may end up working for the same civil rights campaign, or volunteering together at a non-profit. Who knows, they might introduce you to your next fuckbuddy or be the Best Man/Maid of Honor/Drag Queen Officiant at your wedding.

Ring true for you? Any relationship-turned-friendship success stories out there? Think this is a pile of bullshit? Share your comments below, on social media, or email me at ryan@seattlegayscene.com.

One Response to Love and Lust in Queer Seattle: The Case for Exes