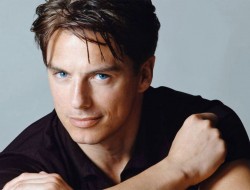 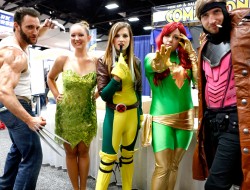 All the Geek That’s NOT ECCC! EVERY Must Do... Face it. You’re LGBTQ, and you’ve been reading comics your whole life. You love the stories, the heroes, the villains, and the way that one particular vintage comic in your collection pulls at your heart, drawing with it some of your best memories.

But you were the kid who read between the lines of Batman and Robin. You wanted Wonder Woman to end up with another goddess. You might have wanted to see Lois Lane in a three-way, or find out that Jeanne Grey was trans. Maybe you wondered if anything happened when Captain America was in the Army. And the other kids? They had nothing but hetero-lenses, because they didn’t know of any other way to exist, and the Top Two comic publishers (DC and Marvel) were established before Stonewall.

Thanks to the Gay ’90s, we’ve been able to usher in a new era for LGBTQ citizens this millennium. Yes, we still have a ways to go in terms of hate crimes, marriage equality, civil rights around the world, and letting California fall into the ocean for being so politically dumb. The media though? Thank goodness for art! As long as storytelling is a reflection of our lives and vice versa, it will always change faster than we can in real time.

And in no place has our acceptance become more clear than in comic books. Even the major publishers out there are beginning to incorporate LGBTQ content and characters into their titles, from Young Avengers to Wicked + Divine. Batwoman is now gay, and Catwoman is now bi. Other titles you can pick up are Chew, The Woods, and Trees, for starters.

BUT. We shouldn’t have to rely on the Big Five to get our beloved representation, should we? Absolutely not! That’s why there’s Northwest Press! Duh! Says the site:

“Northwest Press is a book publisher dedicated to publishing the best lesbian, gay, bisexual and transgender comics collections and graphic novels and celebrating the LGBT comics community. It was founded in 2010 by comics writer and LGBT comics activist Charles ‘Zan’ Christensen.

Northwest Press’ mission is to publish quality queer comics work and help rising talents reach wider audiences, and to increase the visibility of LGBT comics in general. In addition to NWP’s original print releases, the company has amassed a great catalog of top-notch digital work, presented with polish and style.”

In preparation for…oh, wait. You can’t possibly have heard, can you? The ummm…EMERALD CITY COMICON this weekend! I had the pleasure to ask a few questions of Zan, and he graciously took time out of his busy schedule to answer.

SGS: What are the Top 5 LGBTQ NWP books people should be reading right now?

Zan Christensen: It’s usually the newest books that I get the most excited about.

I was always a fan of Eric Orner’s “Ethan Green” comics, which explored gay community life in an unvarnished and witty way. I’m delighted to have the opportunity to publish a complete collection of them, called “The Completely Unfabulous Social Life of Ethan Green”. It collects almost every episode from the comic strip’s over-fifteen-year run, as well as bonus features and comics. Dylan Edwards’ “Transposes” has been a popular seller from NWP, and we’ve just published another comic of his: a one-shot collection of his “Politically InQueerect” strips called “Old Ghosts and Other Stories”. His take on gay Republicans in love really *shouldn’t* work, and yet it does. He’s hilarious.

In addition to “Politically InQueerect”, we’re also publishing a bunch of other single-issue comics, including Rick Worley’s “A Waste of Time”, about a collection of cute animals behaving very, very badly. The juxtaposition of adorable and inappropriate has always been a favorite of mine, and the new series takes it even further, with a road trip to discover what’s happened to the missing creator of “Calvin and Hobbes”.

Last but not least, we just released two issues of an anti-bullying comics anthology called “RISE: Comics Against Bullying” with a stellar lineup of talented contributors including Marc Andreyko, Margeurite Sauvage, Sina Grace, Howard Chaykin, and Marc Guggenheim. I’m really proud to be publishing it; we’re partnering with nonprofits to get the books into schools.

SGS: What comics are rising stars at the moment, or brand-spanking new, outside of that Top 5?

We’re also seeing a lot of renewed interest in our anthology “QU33R” since it won the Ignatz Award for Outstanding Anthology last year at the Small Press Expo outside of DC. For people who are looking for a taste of all that the indie queer comics world has to offer, they’d be hard-pressed to find a better book.

SGS: What’s the basic process for new comic writers/artists looking to get published with NWP?

Zan: For our print projects, we’re very selective, since we can only release about three or four projects a year. The ground rule for all of our books is that they have to be strongly LGBT inclusive, and beyond that, I look for books that are well-written and well-drawn and have something interesting to say about the queer experience. Since we have such a limited slate, I tend to steer away from material that’s very episodic (like mainstream superhero comics), erotic comics that aren’t very story-driven, and really light material. I publish the kinds of books that I want to read, but that aren’t easy to find.

We also publish digital work; both new releases and stuff that’s already been in print but doesn’t have a digital distributor. We offer really competitive royalty rates and open contracts, to try and encourage a wide range of people to publish with us. We want to build a great library of LGBT comics under one roof.

SGS: What should LGBTQ people keep an eye out for at ECCC? Media or otherwise?

Zan: There’s a growing trend toward a lot of great “crossplay”, where people dress up as gender-swapped versions of popular comics characters, and I always love that. (I may be a little biased, since that means that the guys end up in the skimpier outfits…)

Myself, Chris, Dylan Edwards, and Ashley Cook will all be on a panel discussion at Gay City on Thursday night to talk about queer issues in comics, which should be a lot of fun.

Zan: I’m looking forward to the new Midnighter series from DC, primarily because it will have a non-straight writer at the helm (Steve Orlando) and I think it’s the first time that a gay man has headlined an ongoing superhero series.

SGS: What can we expect from the NWP booth at ECCC this year? Will you have some of your writers or artists in attendance?

Zan: We’re going to have a big deluxe booth at the show, and will have special guests Josh Trujillo (“Love Machines”), Chris Lange (“Capitol Hillbillies”), and Leia Weathington (“The Legend of Bold Riley”) on hand signing books and meeting fans. Since it’s a hometown show, we’re definitely going to be bringing out the disco ball and the music! 🙂 You should bring a shit-ton of cash with you, if you plan to add a significant number of LGBTQ titles to your collection. I know I will! We are so incredibly lucky to have Northwest Press in our corner, folks. See you at #ECCC!