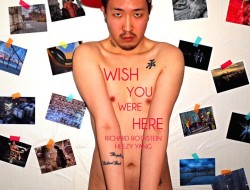 Out in the World: Seoul Gay Scene 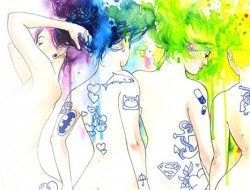 Blackheart Burlesque Brings on the Badasses!

Love and Lust in Queer Seattle: The Case for Butch Lesbians “Man-haters,” some call them dismissively. “Angry feminists.” “Male wannabes.” “Bull dykes.” People spit out all types of terms when describing butch lesbians. We size up her masculinity the moment we see her. How does she walk? How does she talk? What kind of job does she have? How short is the hair on her head, and how long is it everywhere else? For some reason it seems everyone has an opinion about how masculine a cisgender woman is “allowed” to be before it’s considered inappropriate or trying too hard.

First, a few words on feminism. Humans have gotten a real kick out of policing gender. Laws have been written in historical and contemporary civilizations dictating what a woman is permitted to wear, who she’s expected to let fuck her, and what opinions she can verbalize before being killed for it. And if a woman dared to rebel? Insert virgin sacrifice here, or witch hunt there, or bargain her off in a fashionable brand of slavery called “wifehood” to a man she doesn’t love. Different cultures had, and have, different expectations of a woman’s roles in society and how she expresses herself, but even some of today’s most progressive cultures still demand women to demonstrate feminine acquiescence, feminine beauty, and feminine maternity.

Gender roles may have been a survival mechanism for humans in tribal cultures—hunt, gather, repeat—but make no mistake: there is literally no use for gender roles in modernized society. As queers, we are tasked with reminding straight, gender binary folks of this fact. Who better to do this than our butchest of lesbians? While it may simply feel natural for a bull dyke to express herself with masculine energy, her self-expression is in itself an act of agency and a rebellion against oppression. It’s not that masculine gay women deserve more respect than femmes simply because they’re masculine; the point is they deserve respect because everyone deserves respect, including women who stare down oppressive social norms, flip a gruff bird with a thick forearm, and shout “Fuck patriarchy!”

Intimidated by her assertiveness? That’s your problem, not hers. She doesn’t shave her armpits? Who gives a flying fuck—they’re her armpits. Feel insecure as a man because this woman is more macho than you are? It’s not a competition; this is not about you; masculinity is not men’s to own.

Our butch women get shit done. They are invaluable to the entire world, let alone the LGBT community. They are sexy, they are strong, they are movers and shakers and lovers and friends, and forever a keystone of the queer movement.

Fedora hats off to you, gals!

Does this ring true for my bull dykes out there? Femmes/guys, what do you love most about the butch lesbian in your life? Connect with us via social media, comment below, or email me at ryan@seattlegayscene.com.