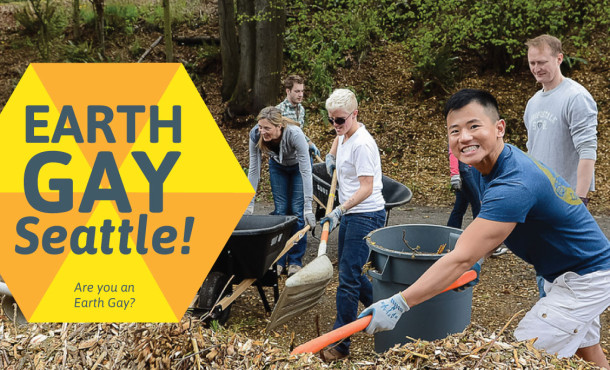 Double booking is a bitch and Seattle has been guilty of it quite a lot lately…especially gay Seattle.

First, the Gender Justice League blundered (were the Wonder Twins in charge? ‘Cause, they STUPID!) and tried to have a big fahncy fundraiser event….the same night the Translations Film Festival opened last month.

There’s only like 4 big events a year for the Seattle Trans* community and you go up against one of the oldest and most popular? Happily the GJL backed down (largely because NO ONE was buying tickets to that event) and pushed their event back to….sometime in the near future.

It’s happening again this Sunday, June 7, 2015 as two “Earth Positive” events are happening at the same time! Those nice eco warrior/gay tree hugging hippies over at Out for Sustainability declared June 7th to be Seattle Earth Gay and have scheduled a big restoration of Cheasty Greenspace on Beacon Hill. More mulch:

OUT for Sustainability hosts the seventh annual Earth Gay Seattle on June 7th, 2015! We’re partnering with Beacon Bike Park to restore Cheasty Greenspace, an the urban forest located on Beacon Hill, in preparation for the implementation of bike trails. During Earth Gay volunteers will be removing of invasive species like blackberry and english ivy, weeding, mulching, protecting tree systems from invasive species, and planting native species.

You can sign up HERE (it’s free) to help out! They still need quite a few volunteers by the look of it! It’s a 10 am to 1 pm event and under 18 year olds can sign up with parental permission!

Meanwhile, back on the battle zone known as the ruins of Capitol Hill, another tree hugging gay hippie (Egan Orion) and PrideFest (chock full of hippies) (WITH the equally hippy-ish Capitol Hill Chamber of Commerce) are doing their yearly “Clean Up Capitol Hill Because The Cheap Business/Building Owners Of Capitol Hill Don’t Clean Up After The Hordes of Drunken Assholes Who Litter Our Streets Every Night With Their Filth” campaign.

It’s better known as “Capitol Hill Clean Sweep” and it’s ALSO happening this Sunday from 10 am to 1 pm. It’s also FREE and you sign up here. More info:

Join us in Cal Anderson Park and help us clean up Capitol Hill for Pride month! A very popular community event. We feed you breakfast and lunch, and you help clean the streets of Capitol Hill, and we’ll give you a t-shirt. We’ll also have DJ L.A. Kendall, DJ Skiddle, and DJ Tony Burns on hand to play some inspiring music to get you in the mood for cleaning those streets!

FREE – ALL AGES. Teams should check-in together (generally teams are 8 members, so by getting 8 tickets, we’ll consider you a team)

So, if you want to make the city a better place, you’ll need to make up your mind. Are you more “woodsy”? Go do Earth Gay and make green things grow. If you’re more “urban” then pick up empty American Spirit packets and Dick’s wrappers on the mean streets of the Hill.

Regardless, do SOMETHING on Sunday to make the Earth a gayer/cleaner place!

THIS is one of our pet bugaboos…the huge amount of

Apparently, if you hurry and assuming you are reading this

Are You Concerned About The Planet? Out For Sustainability Wants To Talk About That

Are you concerned about the environment and climate change and 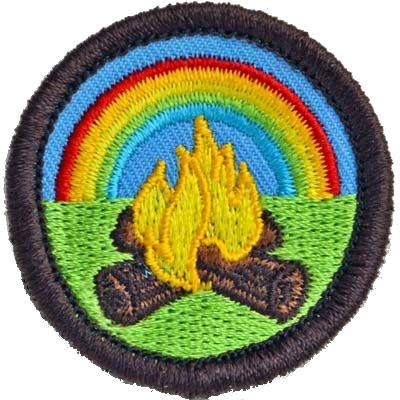 In Case of Disaster: Bring Lube and A Disco Ball!!!

I keed, I keed… But, only a little bit. Below 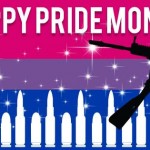 Previous: Guns, Gays & PrideFest: An Expression of Freedom Or A Recipe For Disaster? 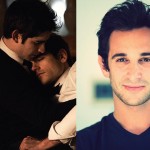 Next: I Didn’t Like Your Film: A Critic’s Conversation with “Those People” Director Joey Kuhn