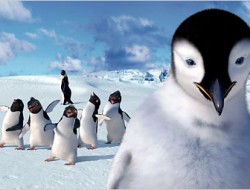 Cool Off with Seattle Symphony’s MARCH OF THE PENGUINS 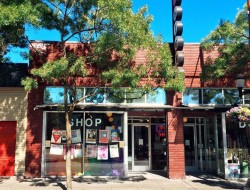 Feeling the can’t-wait-for-the-next-ComiCon blues? Anxiously awaiting the trip to San Diego Comic Con? Comics Dungeon in the U District has a little something for you!

On Friday, July 3, head over to the famed store on NE 45th for A Night of Queerity at the Dungeon: a chat, and maybe some debauchery, hosted by Ashley Cook. NW Press will be there with door prizes and I’m sure some leftovers from their Pride sale.

The forum will be the first of its kind, supposedly, wherein the community gets together to discuss LGBTQ comics—representation, fan favorites, what’s missing, the best artists and writers, independent press vs. The Big 5, you name it! Go with your ideas and bring your nerdy knowledge!

Starting this Wed July 1st and going through July 7th, all single issues that are $5 or less drop to $1! That includes back issues in the bins, but does not include new releases coming out this week or subscription comics.
Plus, buy any 2 Funko toys and get the 3rd free!

Fun times from 6-8pm, which is plenty of time to attend, then do whathaveyou the rest of the night. Enjoy yourself, because even though we’ve been gaining more clout in comics lately, most conventions have yet to make queer panels a big deal. Put on your nerd hat, folks!