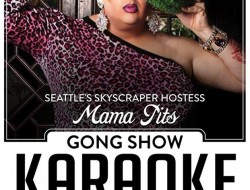 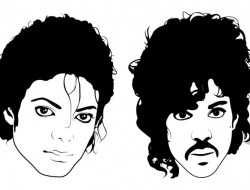 August 7, 2015 Comments Off on Get A Good Deal On Your Leo Party Ticket And Your Chance To Hang With Chad & Yara! Views: 3158 Drag, Fundraisers, Nightlife

Get A Good Deal On Your Leo Party Ticket And Your Chance To Hang With Chad & Yara! Such a sweet deal!

Yes, it’s time for the biggest fundraiser of the month…Joe Torres, your favorite bartender at Neighbours is returning with his 12th installment of The Leo Party his birfday month fundraiser benefiting local non-profits like Camp Ten Trees and Seattle Counseling Services.

This Leo Party features very special guest stars, CHAD MICHAELS and YARA SOFIA both from RuPaul’s Drag Race. Chad of course was well known prior to RPDR as one of the master Cher illusionists in the world; Chad also went on to win RuPaul’s Drag Race: All-Stars.

Yara Sofia was the Puerto Rican spitfire who won our hearts in Season Three of the show; since then she has been a top drag performer around the world.

Hosting this year will be our own beloved Aleksa Manilla and Roxy Doll with the Sisters of Perpetual Indulgence-Abbey of St. Joan on hand as well, plus a HUGE bevy of other local talent including:

And, take a moment to remember WHY we’re raising money for these two great organizations who give so much to our community:

The Leo Party XII will highlight the critical work Seattle Counseling Service provides through mental health therapy, addiction treatment, case management and social services to Seattle’s lesbian, gay,bisexual, transgender, and queer community since 1969. The event will also spotlight the amazing contributions of Camp Ten Trees through a summer camp week for LGBTQA youth, and for children and youth of LGBTQ and/or non-traditional families, honoring creativity, individual choice, and community living.

Again, snag your tickets HERE and remember if you buy TODAY (Friday, August 7) and use the code SUPPORT to save 50% off your second ticket purchase.