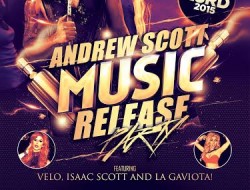 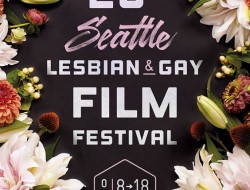 We love children. We really do.

Critics I mean. Despite our snide comments over the years about the screeching orphans in Oliver! and Annie, and the caterwauling broods of The Sound of Music and Peter Pan, we still adore the little nippers.

And, partly due to the relatively clean, clear lyrics and melodies of the songs in all those shows where you could (usually) understand what the little tykes are singing about. Lionel Bart, Charnin/Strouse, Rodgers/Hammerstein and the mob who contributed to Peter Pan made sure of that. We could HEAR and COMPREHEND that the wee ones “Wanted More”, had a “Hard Knock Life”, enjoyed “whiskers on kittens and warm woolen mittens” and “doe stood for a deer, a female deer”. We clearly got the picture they “Won’t Grow Up”.

That’s not the case for Matilda: The Musical the touring version of the highly successful Broadway/West End musical based on the novel by Roald Dahl currently parked at the 5th Avenue Theatre in Seattle. It’s a mumblecore lovefest of inarticulation and completely unintelligible lyrics where blame can be placed at the feet of the show’s author, Tim Minchin, and the orchestrations, and the direction, and the producers, and the sound designers. We’ll even place a bit of blame on the muddy acoustics of the 5th Avenue itself but their self produced shows tend to be basically audible while many of the touring shows have issues. (And, let’s be real. The 5th Avenue was designed primarily as a showcase cinema space. It was supposed to be an awe-inspiring palace of the cinema arts, not a concert hall with perfect acoustics…)

I’m not going to blame the child actors. One, they are children. They’re being asked to speak and scream/sing in British dialect, rather fast paced screechy songs. Of course, I also had a difficult time understanding them when they SPOKE but we’ll blame the director for that. It also has to be said that some of the adults were difficult to understand as well, and the big chorus numbers featuring all of the cast singing were also mush. I have no idea what the opening song “Miracle” was about; it was a solid wall of pablum.

Despite all the awards won (four Tony Awards, though it lost Best Musical that year to Kinky Boots and Best Score to Cyndi Lauper for the same show. Matilda also won a record number of Olivier Awards in London), Matilda: The Musical is really rather a rambling mess. It basically follows the original novel by Roald Dahl, but there are significant changes and overall the libretto is convoluted and not easy to follow. The show is VERY long for a modern family musical. It’s also got a dull cipher as its central character. Matilda The Character is an unusually brilliant 5 year old who reads adult novels and displays some spooky “Carrie: The Musical” like abilities to move objects with her mind. She’s sadly riddled with a monstrous family who mistreat her and she’s just started going to a school headed by a sadistic headmistress who probably committed murder and frequently physically abuses the children in her care. (Yes, it’s your typical Roald Dahl child torture show ala “Charlie & The Chocolate Factory” and “The Witches”!!!) But, in this musical, Matilda The Girl is so blandly drawn that she’s not particularly likeable. Despite her horrid life, she doesn’t stir much emotion until later in the show when she bonds with her equally victimized teacher Miss Honey. In usual Dahl style, the Villains are the most fun characters in the show (and the actors playing them give the best performances). Bryce Ryness as the despicable Miss Trunchbull, the evil headmistress got the biggest reaction at curtain call; it’s a delicious over the top performance in a bit of casting that’s increasingly taboo in our Brave New Politically Correct World. The show casts men as the menacing character, for comic effect…we’re guessing the Gender Justice League is NOT amused.

Quinn Mattfeld was also a crowd favorite as the dimwitted bullying dad, Mr. Wormwood. (And, both Ryness and Mattfeld were perfectly audible and understandable throughout the show.) There was also fine supporting work from Ora Jones as the kindly librarian and Cassie Silva as the very blonde and very stupid mother, Mrs. Wormwood (though Silva’s shrillness in character was also not always easy to understand.)

Three actresses share the leading role of Matilda and Thursday night’s star, Gabby Gutierrez was suitably plucky and sweet in the role but she was also frequently difficult to understand, especially while singing. Again, this isn’t the child actor’s fault…the show has deliberately conceived, produced and designed the show to have these issues. Prepubescent children have voices with little range and a tendency to be shrill. Requiring a 9 year old child to perform mushy songs with an accent is a recipe for unintelligible gibberish. Frankly, rather than completely redo a show that’s already a hit, why not just cast small young adults in these roles? Though, I’m afraid the chorus songs would still be a mushy mumble, at least solos and dialogue might be understandable. I bet many future amateur/professional productions down the road might just dump the really young kids for this very reason.

The show does have some lovely set and costume design by Rob Howell and some very clever choreography by Peter Darling. Matthew Warchus also stages some lovely individual moments on stage (Matilda telling a story which is illustrated via silhouette puppetry images) but there’s also clunky bits, too (the downfall of Miss Trunchball is awkward, sudden and rather flat; Mrs. Wormwood’s big number with Miss Honey is just stupid and added nothing to the show except running time).

This first national tour of Matilda: The Musical is also still having technical issues. Tuesday’s preview started late and had issues with malfunctioning set movement. It only happened once on Thursday night (the show completely stopped for about a minute and a half) but I’ve seen reports that it’s happened elsewhere on the tour which began in May of this year. Three months without this being resolved seems….odd.

Matilda: The Musical does have SOME charms (it’s Roald Dahl, a master teller of layered stories for children AND adults) but a sloppy execution with tepid songs and some doubtful issues with sound and story structure. It’s not the Broadway classic it’s been made out to be.