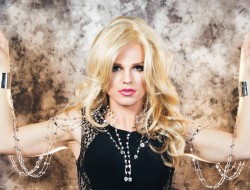 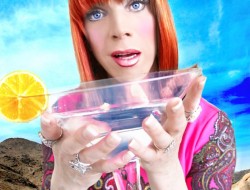 Floating Skyscrapers, directed by Tomasz Wasilewski, is noticeably Polish in taste. The dialogue is nuanced with clever-yet-avoidant deflections, the pacing is slow and relational, and the story is, well, depressing. But Skyscrapers is a unique needle in the SPFF haystack because of its queer subject matter. From my limited knowledge of Polish film canon, the former Eastern Bloc country hands out downer straight movies like candy, but their LGBTQ repertoire is much more limited.

The film, while dawdling in pace and melodramatic in direction, is beautifully shot. The excellent cinematography is thoughtful, creative, and lends itself well to the story’s shadowy nature. Punctuated with b-roll of cars climbing and descending tall parking garages, we are shown Kuba’s dizzy rise to romance with Michal, and his descent into reality when he recognizes the hurt his secrecy has caused.

Kuba is a good example of how not to identify your own sexuality and come out—by hurting those closest to you for the sake of a built-up lay—and this type of storytelling artfully toys with the viewer’s sympathies. In the end, Skyscrapers is a stark reminder of the painful clashes between heteronormative social expectations and queer desire; between commitment and attraction.

Sneak away from SLGFF for a couple hours and check out Floating Skyscrapers at SIFF Uptown Cinema on Sunday 10/18, 2:45pm. Grab tickets HERE. Bring a date, expect to be in a bad mood afterward, and cheer up with some strong vodka.

Are you a Polish film buff? Share your thoughts in the comments below, on social media, or email me at ryan@seattlegayscene.com.